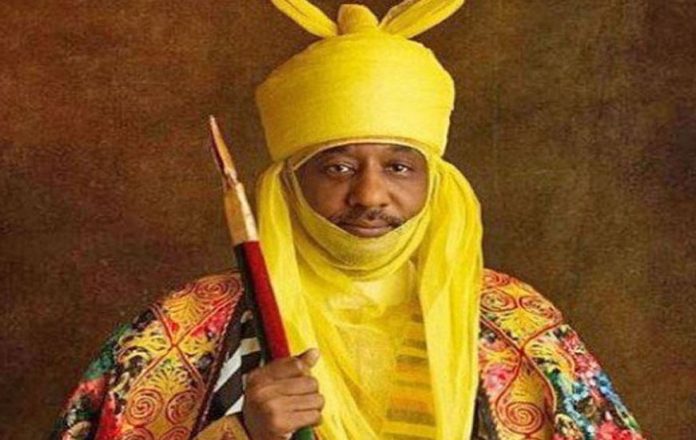 Sanusi blamed Nigeria’s situation mostly on leaders in political governance, saying many of them lack a clear vision that can effectively move the country forward appreciably.

The 14th Emir of Kano, Sanusi Lamido Sanusi, on Thursday, in Lagos, lamented the worsening insecurity in the country.

He said nothing seems to work again in the country, citing various social issues to buttress his view.

He said the level of poverty and hunger in the land is daily increasing and so also the level of insecurity, corruption, rate of inflation, youth unemployment, gender imbalance, poor electricity, poor foreign exchange rate, corruption and so forth.

He said the worst thing is that the level where Nigeria was in 2015 when people were crying foul about the state of the country’s socio-political economy, insecurity, inflation and so forth was far better than what the situation were at the moment.

Speaking further and on the theme of the programme, “Are leaders scarce in Nigeria,” Sanusi blamed Nigeria’s situation mostly on leaders in political governance, saying many of them lack a clear vision that can effectively move the country forward appreciably.

He said that was why rather than for things to get better after successive administration comes to the stage of governance things get worse.

According to him, we thought we were in a deep hole in 2015 but between 2015 and now; we have been digging ourselves into a deeper hole.

He said it was unheard of that Nigeria could not take the advantage of the Russian-Ukraine War to better its economy just as all other oil-producing countries globally do at the moment.

He said it was more disturbing that the country’s revenue is not enough to service the debts let alone meet peoples’ needs.