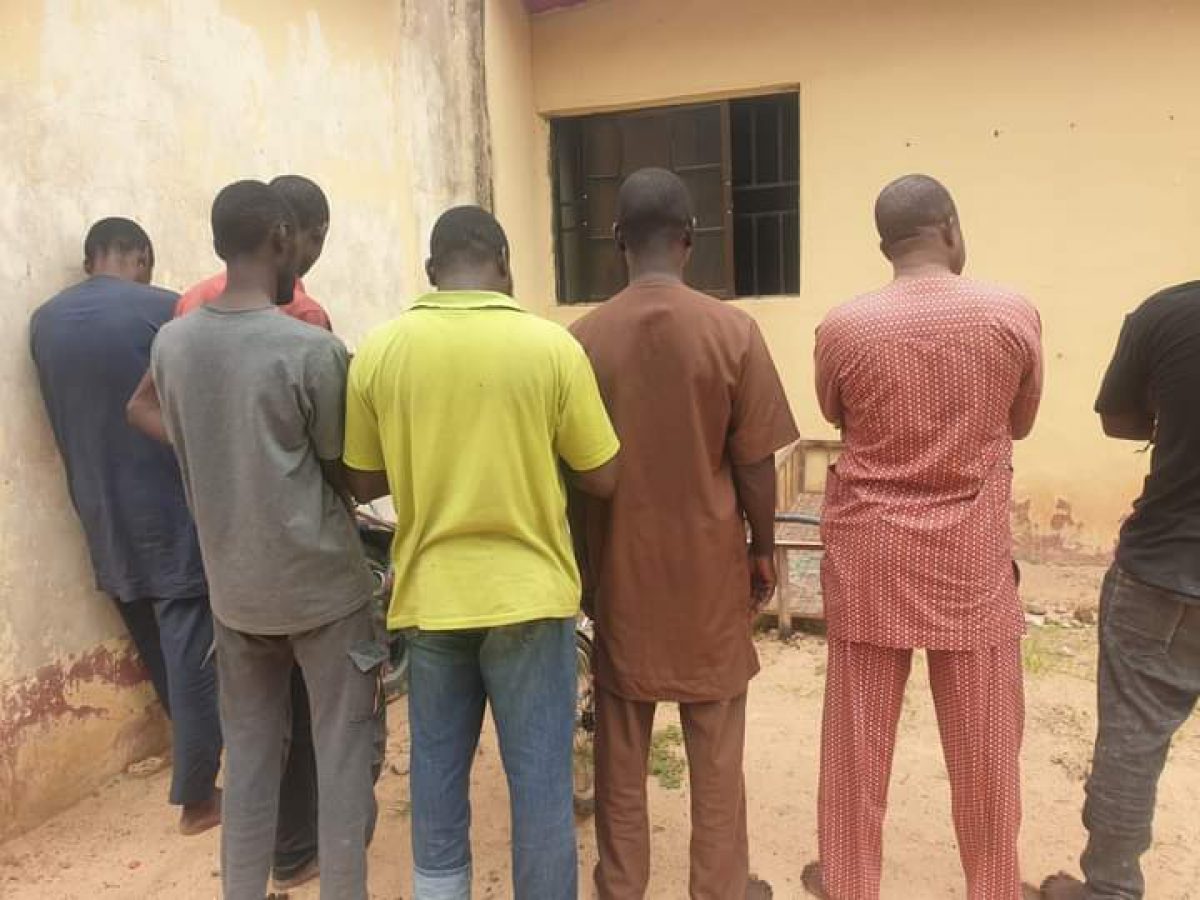 DSP Dungus Abdulkarim, the Command’s Public Relations Officer, while briefing newsmen at the State Criminal Investigation Department, noted that the suspects were apprehended by police detectives attached to Dapchi Division.

“On the 28 July, 2022 at about 11:30am, detectives from Dapchi Divisional Police Station arrested and brought to CID seven persons who claimed to be hired by a particular company which is named AGN Garun Malam Investment Limited to decommissioned an antenna mast which belongs to the Yobe State Television.

According to him, the suspects alleged that the mast was sold to them by the NSCDC and therefore the police have to investigate to get to the bottom of the matter.

“The suspects have said that they bought the masts from Civil Defense. This is what they said. We heard that from them. But as a sister organization, we have written to the State Headquarters of the NSCDC as part of our investigation to identify their personnel that are involved,” ASP Abdulkarrem informed.

Bello Wanti, one of the suspects, while speaking to newsmen claimed that he is a legitimate business man who is just a victim of circumstance.

According to him, he bought four masts in Yobe State located in Dapachi and Gashu’a.

He, however, noted that his men were not aware until after they dismantled the mast that they got information that the mast was initially bought by the Yobe State Government from former NITEL.

The Commandant NSCDC Yobe State Command, Saidu Yakubu Aliyu said he was not aware of what happened in Dapchi nor has he received any correspondence concerning the matter.

The NSCDC boss stressed that upon assumption of office in Yobe State Command, he has only given one clearance of such at Gujba which he was duly communicated at the headquarters.