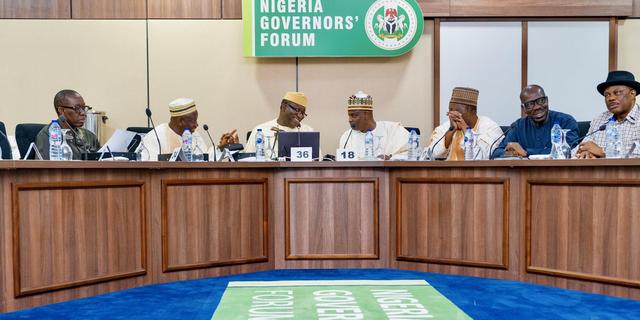 Professor Musa Shuaibu, on Sunday, condemned the suggestion by the Nigerian Governors’ Forum that President Buhari should retire all civil servants above 50 years.

Shuaibu said the governors should rather focus on providing effective leadership, deliver on their campaign promises and ensure that members of the public in their respective states are protected against bandits’ attack and other forms of criminalities.

Professor Shuaibu, an economist, and former lecturer at the Bayero University Kano, on Sunday in Kaduna, was reacting to a statement credited to the Nigerian Governors’ Forum (NGF), advising president Muhammadu Buhari to retire, payoff all federal civil servants above 50 years old.

They had also proposed that the federal government should begin the implementation of the Stephen Oronsaye Report, which suggested merger and shutdown of agencies and parastatals with duplicated or contested functions.

Professor Shuaibu, while describing their suggestions as ill-conceived, noted that most of the respective governors have not been paying state civil servants salaries for months, even as many of them have diverted money meant for the public for their personal use.

According to him, it was wrong for sitting governors who cannot provide, protect lives and properties in their respective states to suggest to the federal government what to do.

According to him, kidnapping, killings, unemployment, hardship, lack and criminalities have surfaced in several states of the federation with governors looking helpless, yet they are adding another burden of criminality to the federal government.

” Let the NGF pick, remove the speck in their own eyes before advising others,” he said.