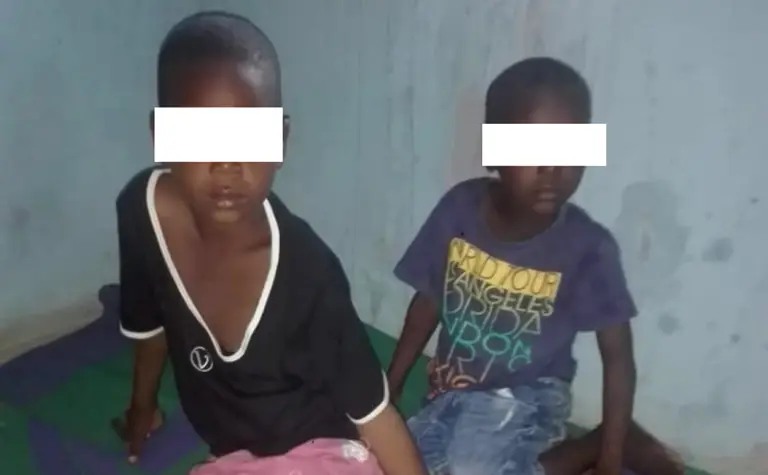 Police in Borno have arrested a woman suspected to be a human trafficker with two abducted Almajiri children, and a two-year-old baby girl.

The woman was arrested on her way to Abuja from Maiduguri, the Police spokesman in Borno State ASP Sani Kamilu Muhammed said.

Making the confirmation in a telephone interview, the spokesperson said the suspected trafficker was arrested with the children, but asked for time to get the full details on the matter from the Metro police division investigating the case.

A Commercial driver operating on the Abuja line at the motor park where the arrest was made Danjuma Mohammed said the woman who gave her name as Mrs Nkwenwu arrived Borno express motor park alongside three children; two male children and a baby girl, strapped on her back late Thursday evening on her way to Abuja. Upon realising she was late, she demanded for an accomodation to spend the night in the park.

Mohammed said it was on Friday morning that the security and surveillance team notice suspicious attitude from the woman, which led one of the Civilian Joint Task Force, CJTF members that were working in the park to arrest her.

A member of CJTF at the motor park, Mallam Bukar, said:

“The woman solicited for accomodation to spend the night in the park and after undergoing interrogations by security and surveillance officials they give her a room where she and the children slept.”

“When one of children was hungry and begin screams for food, she rushed him to a nearby restaurant where some women notice that the child crying bear Kanuri tribal marks on his face and become suspicious about the woman who brings him for food.

“It was one of the women who asked the child in Kanuri dailet and the boy reveals that the woman pick him at the popular Post Office roundabout and promise to buy him slippers. She called to inform me that an Igbo woman with suspicious signs has bring a Kanuri boy (Almajiri) crying for food in her shop.

“I went straight to the restaurant and meet the boy eating while she return to the main wall of the park where the remaining children are. When she returns, I approached her to know the relationship with the child and she claimed that the children belongs to her elder sister who is also going to travel alongside with them to Abuja. We waited for hours to the acclaimed sister but did not show up and we reported to the police who move her to the Metro Police Station.”