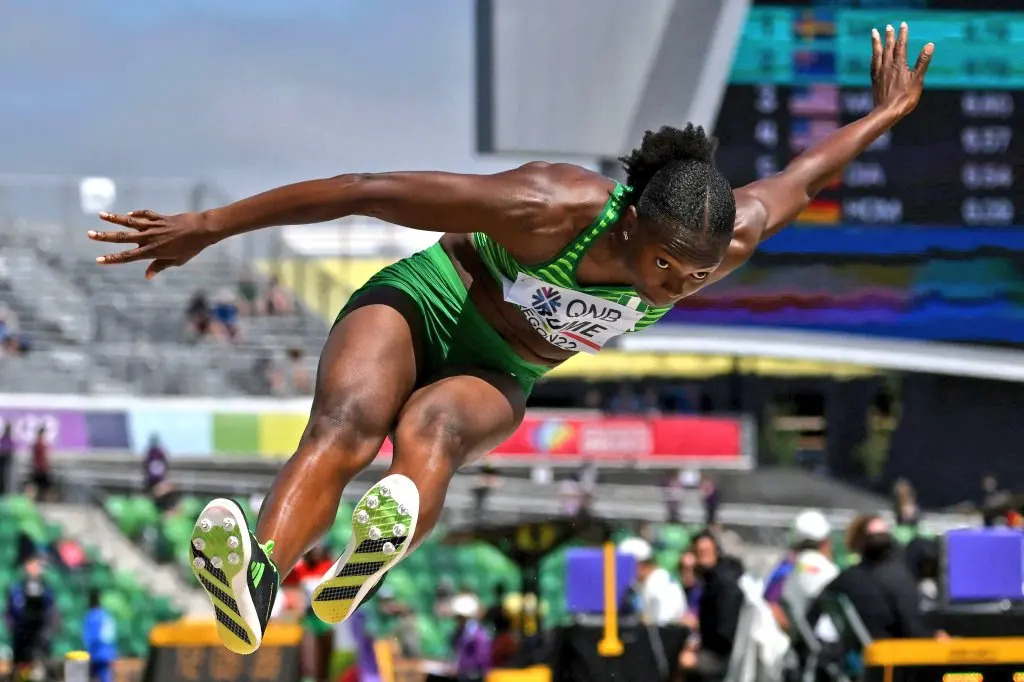 Ese Brume has won the gold medal in the long jump event after breaking the Commonwealth Games record.

She jumped a massive 6.99m in the second round of the women’s long jump final after registering a no-jump in the first round.

She won gold and also broke the previous Commonwealth record that she had set barely an hour before she improved and leaped to a distance of 7.00m, which is her new Commonwealth Games Record.