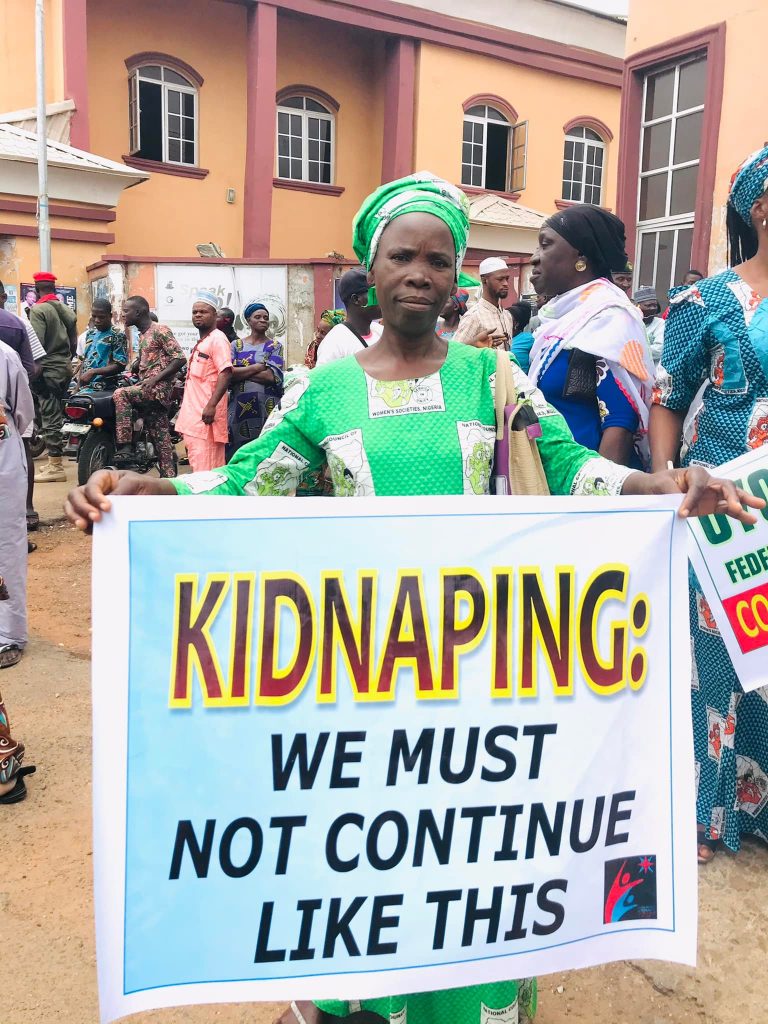 Hundreds of indigenes and residents of Ogbomoso in Oyo State on Monday took to the streets to protest the incessant abduction of their kinsmen.

The residents among whom are retired public office holders, traditional title holders, youths and women decided the spate of abduction in Ogbomoso geo-political zone which has five local government areas.

Others are traditional religion adherents, members of Oodua Peoples Congress (OPC), Agbekoya, vigilante and other groups who said that they were ready to give it wherever it takes to stop the criminal activities in Ogbomoso and its environs.

It was  recalls that no fewer than three cases of abduction have been recorded in the area in the last one month.

Our correspondent recalls that Christopher Bakare, a farm supervisor at the farm of a former governor of the state, late Christopher Adebayo Alao-Akala was abducted on Saturday, 16 July at Jabata in Surulere local government area of the state.

A private hospital owner identified as Baba Rasheed was also abducted on Friday 22 July in the same local government area.

A hotelier, Mr. Gbenga Owolabi and one of his staff, Rachael Abiola Opadele were also kidnapped at Abaa area in Ogbomoso on Thursday, 28 July.

The duo of Owolabi and Opadele have been killed by their abductors after a sum of five minion naira (N5m) has been paid as ransom.

The residents have, however, called on governments at all levels to wake up and address the ugly development.

The residents made this appeal during a protest to kick against the menace.

It was  reports that the peaceful protest championed by Ogbomoso Consultative Council and Ogbomoso Community Youth Forum started at Takie square Ogbomoso.

The protesters later moved round the major streets in the town and converged at Soun Ogunlola Hall where they sent various messages to the authorities concerned.

Some of the protesters displayed placards with inscriptions such as ”Come to our rescue before we start self defense” “Allow us to defend ourselves.

Some of those who spoke, urged the residents to cooperate with the OPC, Amotekun and other indigenous security agencies in their efforts to combat crimes in Ogbomoso.

President of Ogbomoso Community Youth Forum, Reverend Peter Olaleye while addressing the protesters, insisted that the people would not allow any intruder to take over their area.

He said, “Our ancestors are brave and bold, they were never conquered by any war not even the dreaded Fulani war, we will never allow any intruder to take over our land. Enough is enough.”