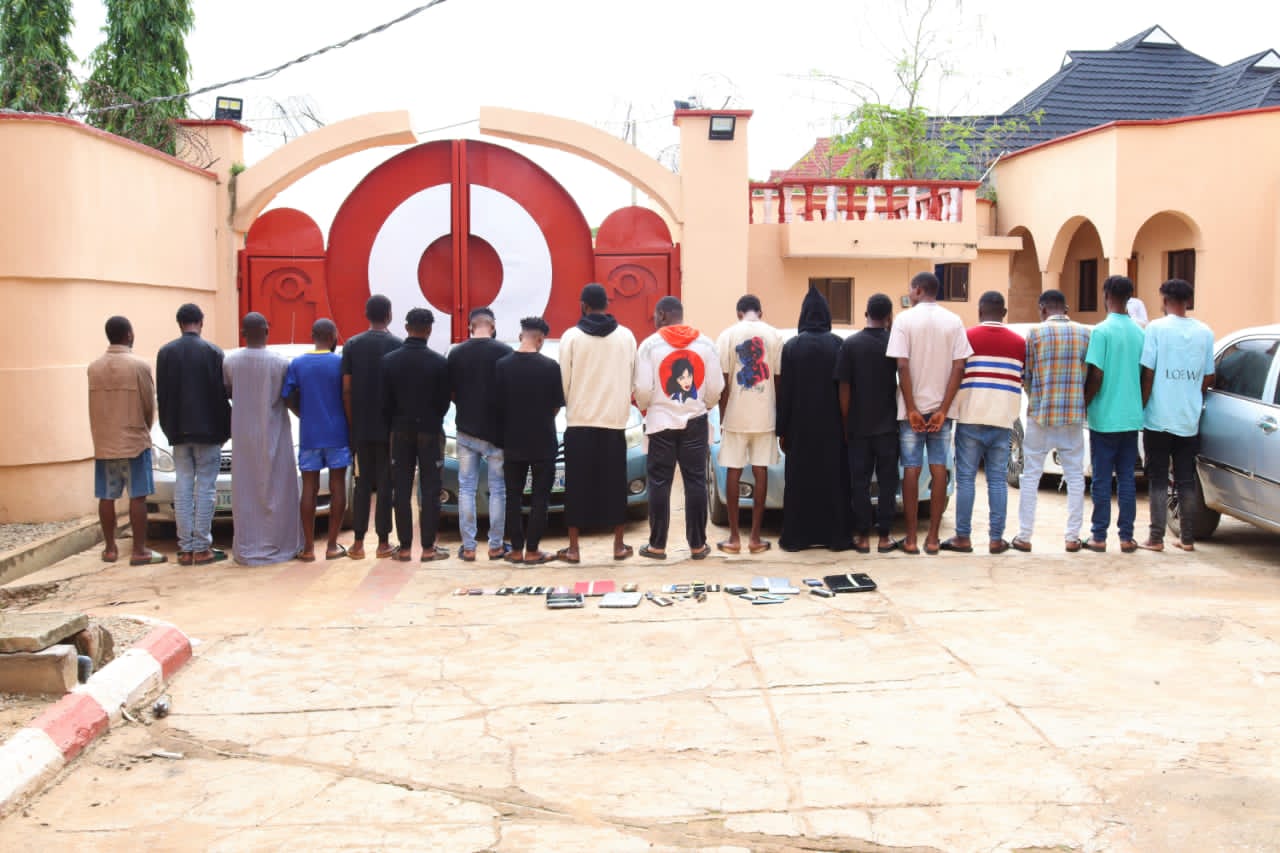 Eighteen suspected ‘Yahoo-Yahoo Boys’ have been arrested by the Economic and Financial Crimes Commission, EFCC, in Lokoja, the Kogi State capital.

The arrest was effected by operatives of the Ilorin Zonal Command Office of the commission when they busted the hideouts of the suspected internet fraudsters in Lokoja.

According to a statement by the Media Unit of the Command, it was the second of such operations in the state within the last two months.

It was  recalls that operatives of the Ilorin Zonal Command, which covers Kwara, Ekiti and Kogi states, had recently in June 2022 arrested 19 suspected fraudsters at different locations in Lokoja.

The latest arrest, which was made on Wednesday, August 3, 2022, followed actionable intelligence and hours of surveillance by the anti-graft operatives to smoke out the suspected fraudsters of their hideouts.

Among the suspects are two siblings, Bala Caleb Abdulkarim and Ayuba Bala.

Preliminary investigations showed that the suspects operate as a syndicate to scam unsuspecting victims.

The suspected ‘Yahoo-Yahoo Boys’, who had incriminating items in their possession, including five different brands of exotic cars, phones and laptops, have volunteered useful statements to the Commission and would be charged to court upon the conclusion of the ongoing investigations, the statement added.