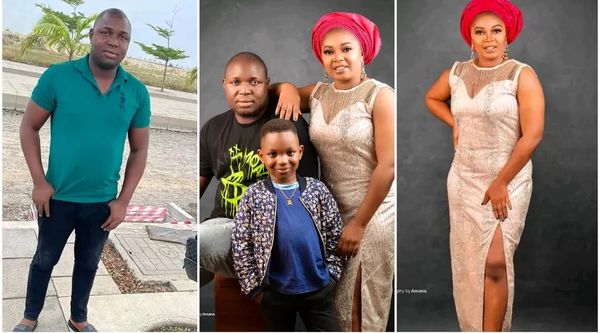 A jealous husband identified as Mr. Adeniyi Jose allegedly murdered his wife and also attempted to kill himself afterwards.

It was  gathered that Adeniyi killed the woman he had been married to for six years on allegations that she was cheating on him.

The woman, identified as Chioma Gloria, was strangled by her husband in the Suleja area of Niger State on Monday, August 8, 2022.

A source who is familiar with the incident said Adeniyi strangled Gloria with a rope and thereafter tried to kill himself by consuming a poisonous substance.

His plans did not work out, as neighbours intervened and rushed him to Suleja General Hospital, where he’s currently receiving treatment.

“We have observed their frequent fight and argument for a long time because he is a jealous man and he doesn’t always want to see her talking with or discussing with any man. On Monday, not long after they had another fight, we noticed everywhere went quiet with no movement in the house.

“Chioma’s sister came around but nobody answered the door. She checked their window through the kitchen and found her sister lying down lifeless with bruises on her body and pillow on her face.

“The police were invited and they found her dead while her husband was unconscious with a bottle of poisonous substance close to him. He was rushed to the hospital and he is said to be recuperating. They have been married for six years and have a son together.”