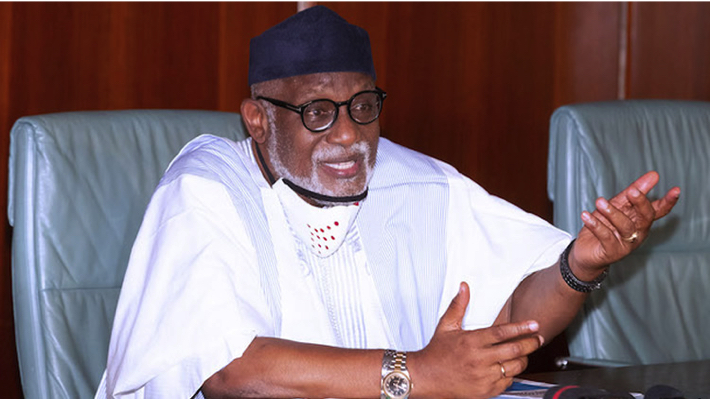 Governor Rotimi Akeredolu of Ondo State has clarified reports quoting him as saying that the Owo Catholic Church massacre was carried out by Ebira people.

The governor, while receiving the leadership of the Nigeria Union of Journalists, NUJ, had identified the attackers as Ebira people. Ebiras are people of ethnic tribe in Kogi State.

And while the Governor, who appeared on Channels Television’s Politics Today on Wednesday, insisted that some Ebiras were involved in the attack, he pointed out that the attackers might not all be Ebiras.

He, however, said that his reference to Ebira was about recent incidents in the State not the Owo attack and at the same time refused to rule out the involvement of the Ebiras in the June 5 attack.

“I don’t want to be emphatic on that point because what I said is being mixed up now,” he said.

“I addressed issues on what I’ll call the attackers who came to Owo…the terrorists who came to Owo on June 5 and at the same time, I went ahead to address about kidnap incidents that we’ve had of recent and I said that probably the Ebira people were involved in this.

“And I said we’re gonna call a meeting between the Ebira community in Ondo State because we’ve lived together for too long for these incidents to begin to happen. That was a separate thing.

“But, it is clear that from what we have, that the terror gang in Okene were involved in the incident of June 5.

“What do we make of that? Are they all Ebiras? That’s for us to find out. Their names will not bring us to [reasonable] conclusion because as you can see, a number of them have two names…and the Department of State Services is still working on this.

“For me I know that there’s a terror gang in Okene and everybody knows that. They strike across the country…they strike in Kogi, Ekiti and Ondo States,” he added.