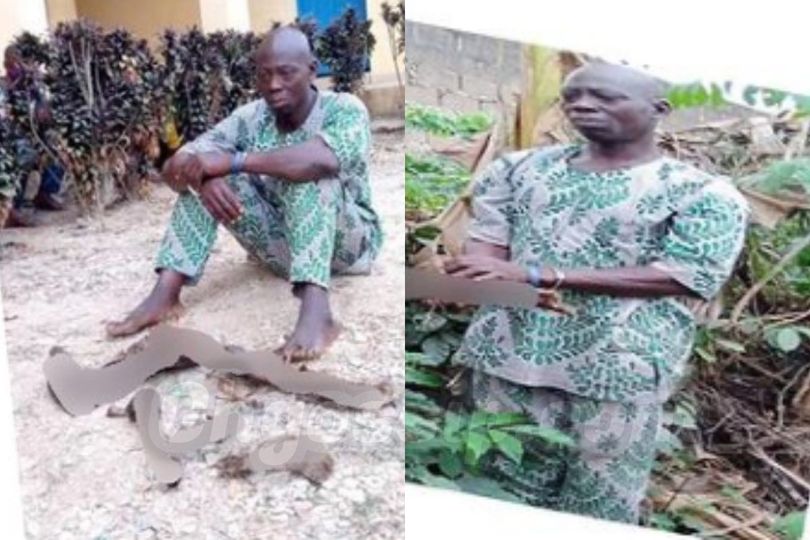 A ritualist and herbalist, known as Adeboye Moshood has been sentenced to four and a half years imprisonment for being in possession of human parts.

The sentence was given by a magistrate court sitting in Osogbo, Osun State.

Police prosecutor, Fatoba Temitope, told the court that Adeboye and his accomplices committed the inhuman act contrary to sections, 517, 242, and 430, sub-section 34 of the Osun State.

He prayed the court to punish him accordingly to serve as a deterrent to others who might be in a similar business.

However, Adeboye told the court that he found the corpse of a dead person along Iworo-Gbongan while coming from Modakeke town in the state on February 16, 2022, and on seeing it, he discovered that the human parts of the deceased could be useful for money ritual.
He stated that due to its usefulness, he cut the two legs and some parts of the corpse to make his mission well accomplished before being apprehended by the policemen who found the human parts in his possession.

The suspect thereafter told the court that he was not guilty of the allegation levelled against him.

In his judgement, magistrate Omisade said the offender was guilty of the offence and sentenced him to 4 years and a half years imprisonment with hard labour.