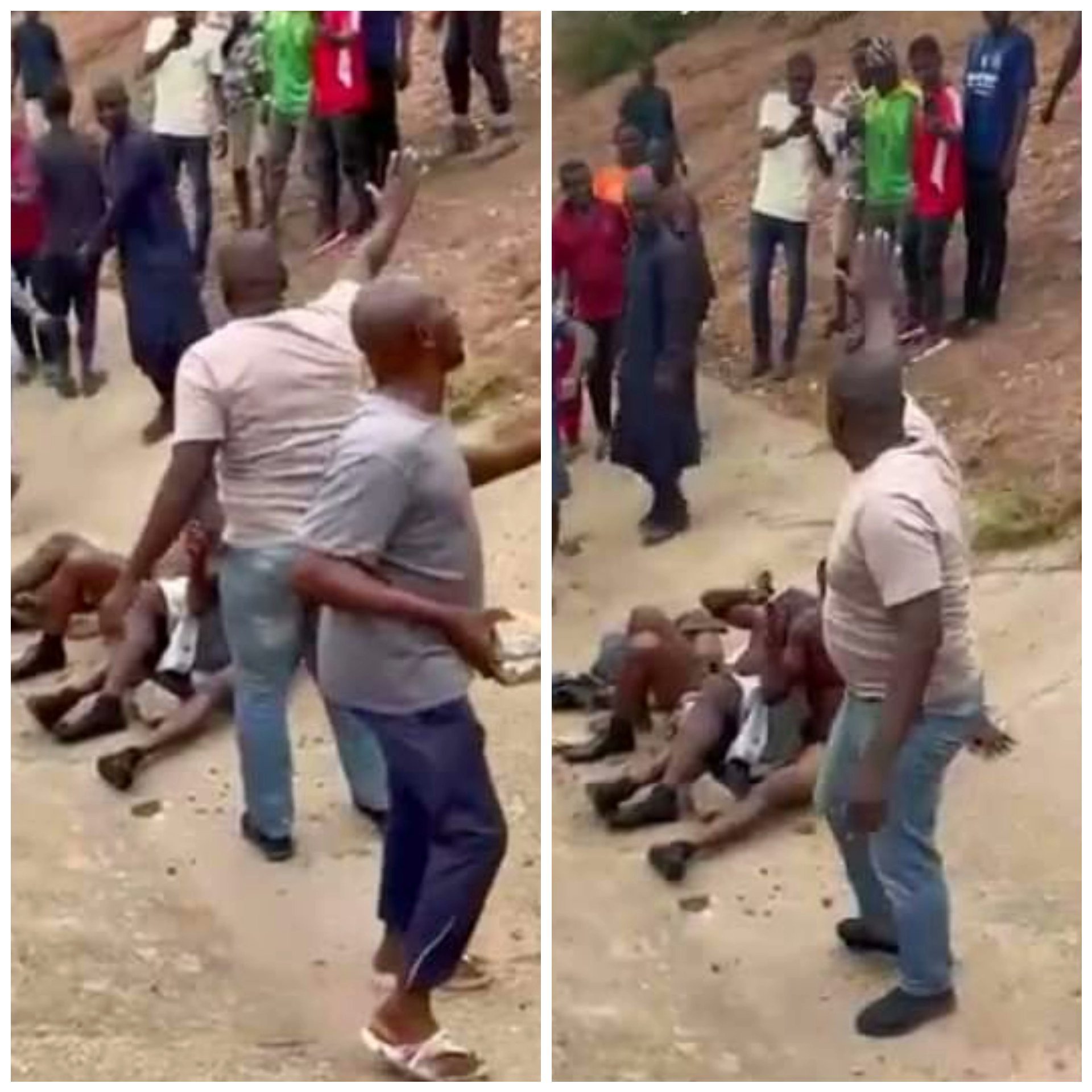 Residents allegedly caught some criminals suspected to be kidnappers along Lokogoma Highway in Abuja.

In a video sighted by salemgists, the kidnappers were caught while making an attempt to kidnap a lady who is a POS operator.

A source who was at the scene of the incident stated that a resident saw the kidnappers putting the victim inside their car boot. The resident went after them and screamed for help.

Some other motorists were able to help; they blocked the kidnappers and rescued the girl.

In the video, the residents of the area paraded the suspects and were about to lynch them when police operatives intervened.