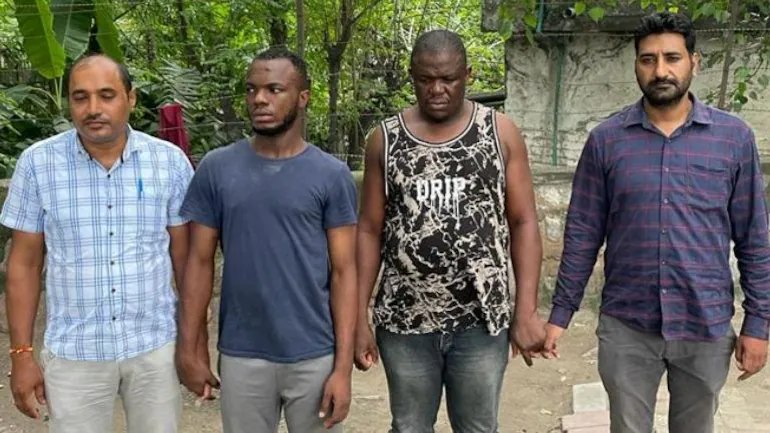 The suspects identified as Herry alias Ifeanyi, 26 and Obiora, 50 were allegedly supplying drugs in Delhi NCR.

They were reportedly arrested by a special team when they had come to Vasant Kunj to supply the methaqualone to an unknown person.

Methaqualone is a sedative hypnotic drug with pharmacological effects similar to barbiturates.

According to reports, when apprehended, a total of 355 grams of methaqualone and 5 kg of ganja were recovered from their possession.

The seized drugs are worth crores on the international market.

It was gathered that the Assistant Commissioner of Police, Raj Kumar, received confidential information that the two accused Nigerian drug suppliers would supply cocaine to an unknown person between 10 and 11 pm.

The Nigerians were reportedly stopped on their way to supply the drugs and were subsequently apprehended as they attempted to escape.

A white narcotic substance was reportedly found inside a polythene bag, which when tested, was discovered to be methaqualone.

The accused were said to have come to India from Nigeria on a three-month visa, but after the visa expired, they continued to live illegally in the country.