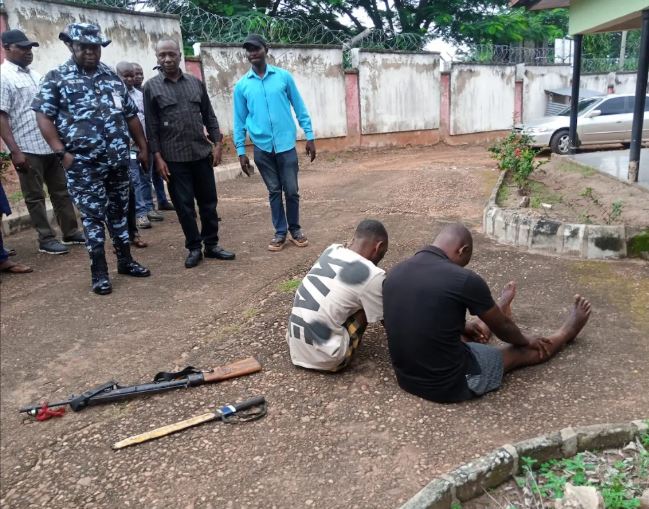 The development was disclosed in a statement released by the Special Adviser to the Governor on Security Matters, Lt. Col. Paul Hemba (rtd.).

He revealed that the duo are fond of collecting huge ransom from the families of their victims, added that they ran out of luck during their last operation which was foiled by the police.

“There is a law in place in the state which clearly states that any building that is used as a kidnappers’ den should be demolished and we are going to demolish their den which is situated on Makurdi-Gboko road.

“The state has zero for kidnapping activities, as such even the other two they are on the run they will be apprehended soon.”

The Commissioner of Police in Benue, Wale Abass, disclosed that his men pursued them and in the process of running to escape, one of their phones fell down.

Mr Abass said that it was the phone that they used as a lead to trap them, adding that the kidnappers carried out three operations since they started operating, stressing that they succeeded in only two and one was unsuccessful.