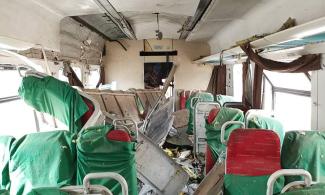 The Nigerian government has explained its role in getting those abducted from the Abuja-Kaduna train freed.

“The terrorists’ leader demanded the release of his pregnant wife. The government took her to the hospital and she gave birth to twins.

“He was shown that his wife and children are healthy and they were handed over to his parents.

“During the night, the government sent a plane to pick them up. We expect that if they are given these, they will release all the people they are holding.

“But what happened next was that they said they needed money. So don’t say the government doesn’t have anything.”