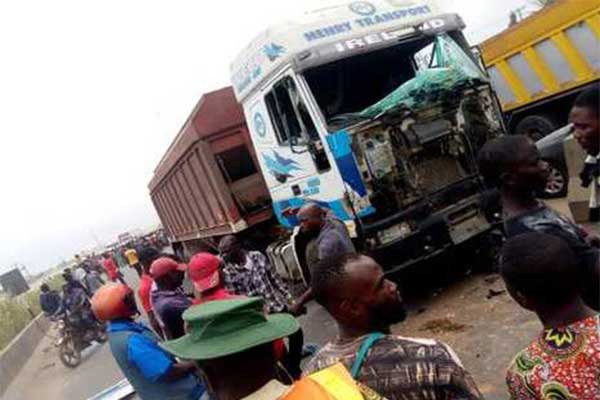 A commercial motorcyclist, known as okada rider, and his two passengers have died in a road crash that occurred in Ogun State on Sunday.

The Federal Road Safety Corps (FRSC) said on Monday that the accident occurred at about 2:25 p.m. on the Lagos-Abeokuta expressway, around CONOIL.

Florence Okpe, the FRSC spokesperson said five men were involved in the accident, saying “two persons were unhurt and three persons were killed from the crash.”

Okpe disclosed that two vehicles, a Lexus RX350 marked APP541GY and a Bajaj motorcycle registered as TTD017QR, were involved in the road crash.

“The suspected cause of the crash was route violation on the part of the motorcycle as it collided with each other.

“The rider and the two passengers died in the accident,” Okpe said.

The corpses were deposited at Ifo General Hospital’s morgue.

“The Sector Commander, FRSC Ogun Sector Command is pained over the negligence of some motorists who refuse to obey traffic rules and regulations.

“He also sympathized with the family of the victims and enjoined them to contact FRSC Otta for more information about the crash,” the FRSC said.