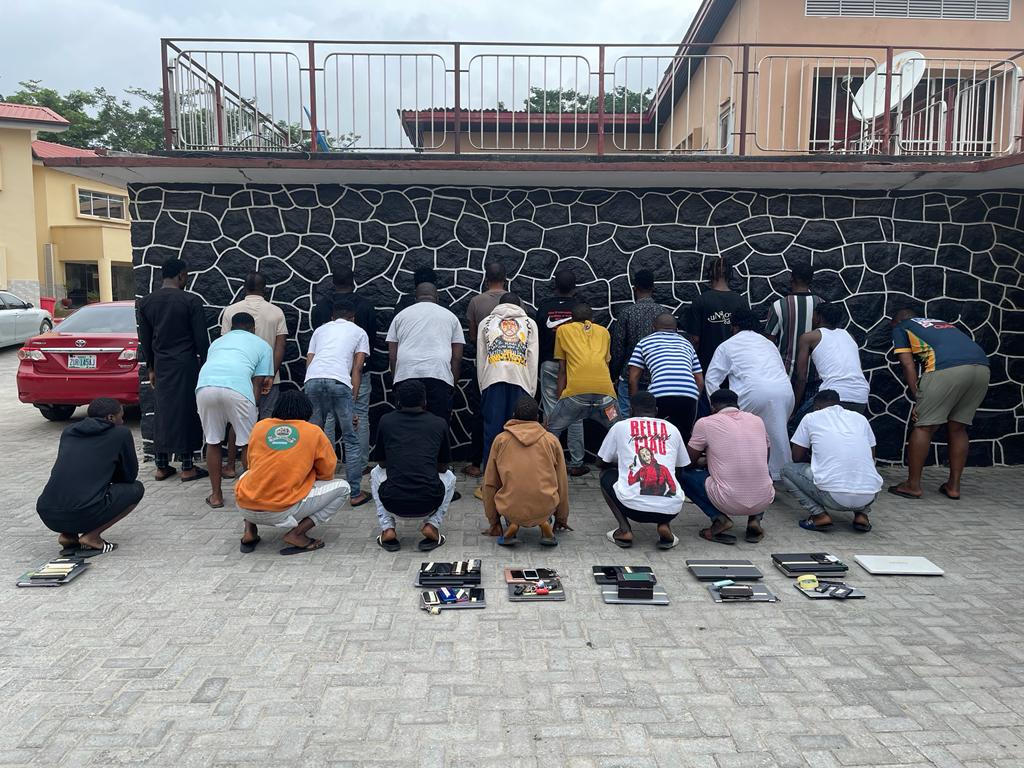 The Economic and Financial Crimes Commission (EFCC) has arrested two brothers and 23 others for suspected internet fraudsters.

Damilola, Adekunle, Nicholas and Iyiola were arrested at Palmcity Estate in the Lekki area; others were picked from City-View Estate off Lagos-Ibadan expressway.

The EFCC said they were arrested following credible intelligence on their alleged involvement in computer-related fraud.

Exotic vehicles, laptops and mobile phones were recovered from them at the point of arrest.

EFCC spokesman Wilson Uwujaren disclosed that the suspects have provided their statements and will soon be charged to court.