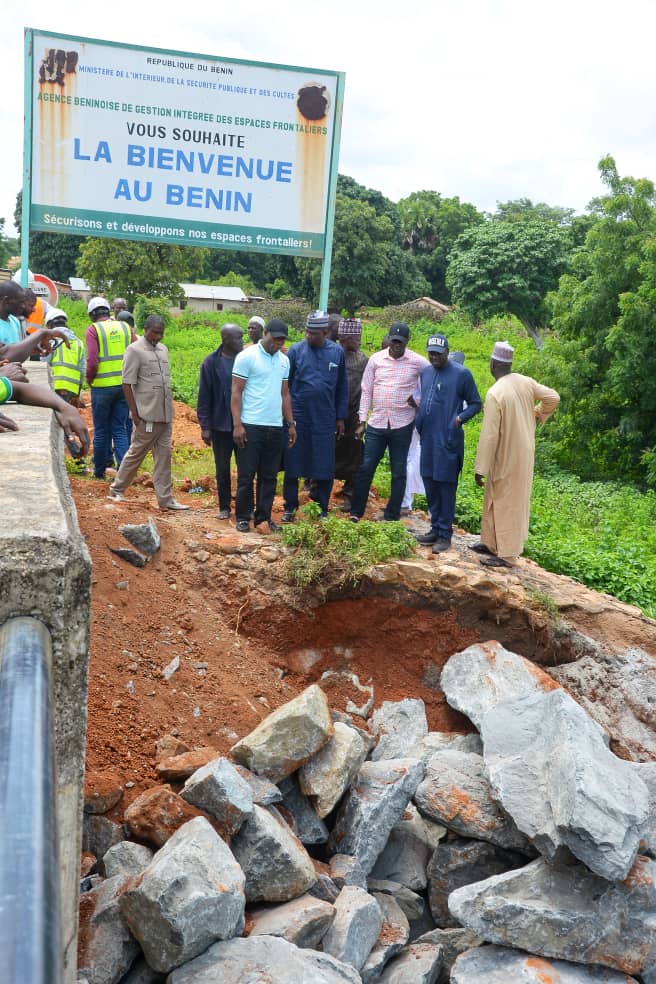 Members of the Kwara State House of Assembly, led by the Speaker, Engr. Yakubu Danladi Salihu, on Wednesday, conducted an on the spot assessment of the collapsed bridge in Chikanda where Nigeria shares international border with the Benin Republic.

However, on getting to the site of the collapsed bridge, reports said the government of Benin Republic had mobilised her engineers to address the problem.

The visit was sequel to the resolution of the Assembly at the plenary on Tuesday, urging Governor AbdulRahman AbdulRazaq to direct the State Ministry of Works and Transport to provide palliative measures to ease the movement of people and goods between Nigeria and Benin Republic.

Also on the delegation were the State Commissioner for Works and Transport, Rotimi Illiasu, his counterpart in the Local Government and Chieftaincy Affairs, Aliyu Kora Sabi Dudu, among other stakeholders.

The collapsed Mori bridge at Chikanda in Yashikira District of Baruten LGA is an international border connecting communities in Nigeria and Benin Republic.

Thousands of people and goods pass through it on a daily basis.