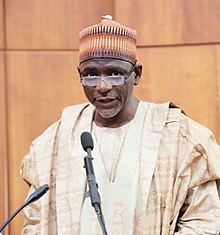 The Federal Government has urged students to institute an industrial action against the Academic Staff Union of Universities, ASUU.

Adamu Adamu, the Minister of Education, said students should drag ASUU to court over the prolonged strike.

Adamu made the call during a press briefing at the Presidential Villa on Thursday.

He lamented that students are the worst hit by the ASUU strike.

The minister said the strike has also affected the country’s economy.

He said: “We are all hit by this strike action, perhaps because students have to spend an extra one year or two, you can say, they are worst hit.

“If you had the chance, or the capacity to measure the effect of that on the economy, the economy is also a victim, parents are also victims.

“Who do you assume will compensate students? The federal government? Probably you should take the leaders of strike unions to court to pay them, probably the court will award damages and then, we’ll see how they pay.”

ASUU has been on strike since February 2022 over the Federal Government’s refusal to meet a 2009 agreement.