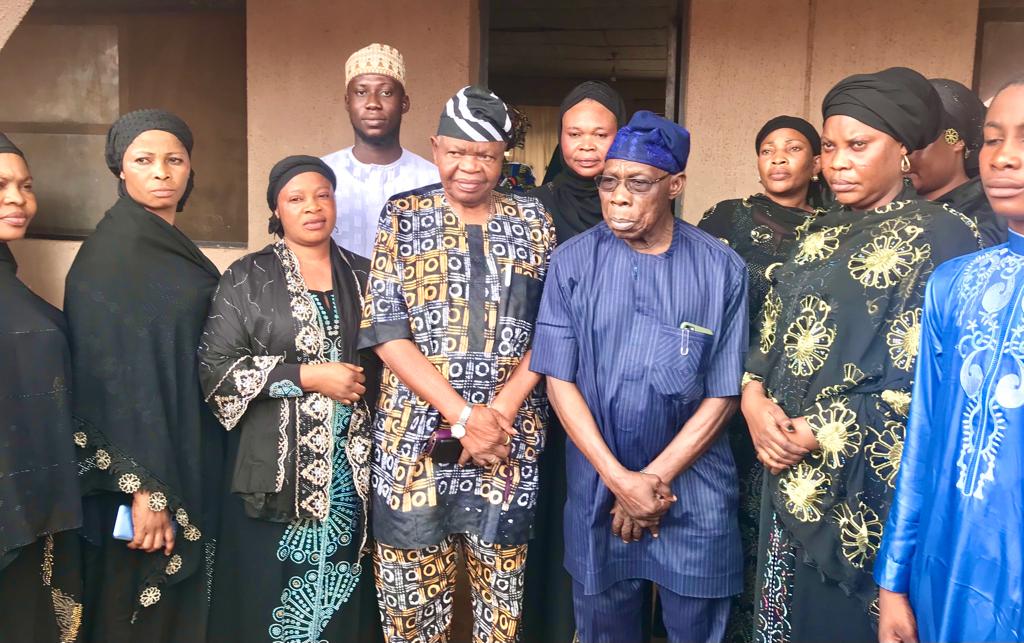 It was  recalls that the monarch joined his ancestors last month at the age of 62.

He reigned for 15 years.

The former President who ruled Nigeria between 1999 and 2007 was accompanied by some of his close allies among whom are Chief Olayiwola Olakojo.

Olakojo, a former Secretary to the Oyo State Government is a native of Oyo town.

The former President while speaking said that he had also visited other personalities in the state.

He said that he came to Iseyin through Ibadan where he went to visit a former governor of the state who is ill.

He said, “I was supposed to have been here since the death of Kabiyesi but for many national assignments that have been taking me across Africa and beyond, today we came through Ibadan to check on one of us, Chief Omololu Olunloyo who is critically ill, I pray God gives him quick recovery.

“We do not need to be sermonizing for you, we cannot blame God for what he has done, our prayer is that all he left behind continue to prosper.”