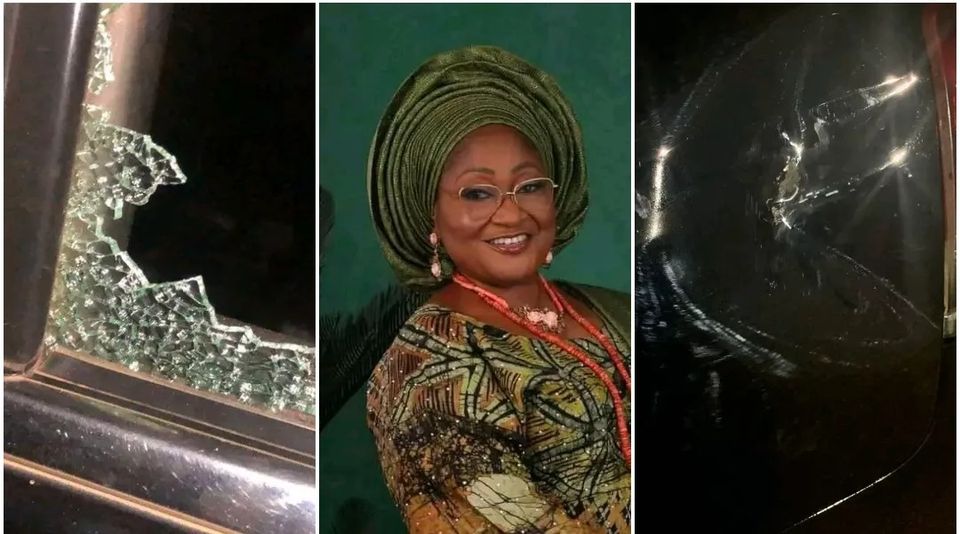 It was gathered that the convoy of Mrs Oyetola was headed to Osogbo and was around Owode market when intermittent gunshots were heard around 8pm on Friday, August 19.

Sources in Owode, Ede, where the incident occurred said a truck created obstruction of traffic when the convoy arrived Owode market junction.

One of the sources identified simply as Alayande said:

“It was while trying to make the truck driver to move that altercation ensued between security men attached to the convoy.

“I heard several gunshots where I stood near the junction. It was dark but there was altercation between security men and some people suspected to be hoodlums.”

The development was also confirmed by the information Officer to the office of the First Lady, Oluwatunmise Iluyomade.

“No life was lost in the incident. Some security personnel attached to the convoy sustained various degrees of injuries.”