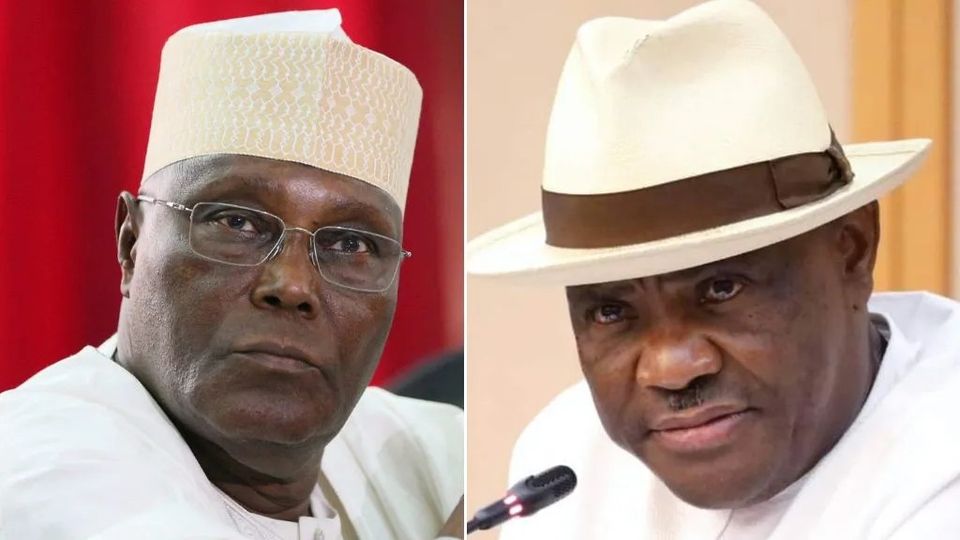 It was further gathered that scores of persons were arrested by the security operatives at the sealed Preray Hotel located at Eagle Island area of Port Harcourt.

The sealing-up of the business premises took effect about two weeks after the state Governor, Nyesom Wike, threatened to shut down any hotel or entertainment centres linked to criminal political activities

Governor Wike had stated that he obtained intelligence reports that some misguided politicians had started recruiting cultists, ex-convicts and thugs in furtherance of their political aspirations for 2023.

He said the state government was aware that owners of hotels and entertainment centres were in the process of giving out their premises to politicians and political parties as a convenient base for the gathering of political thugs across the state.

“Similarly, we will not allow any political party, be it the All Progressives Congress, the Peoples Democratic Party or the Social Democratic Party to threaten the safety and security of lives and property during the campaigns with mayhem, thuggery or violence.

“Accordingly, we have already alerted and set the security agencies on the trail of these misguided politicians and leaders of political parties and stop them in their tracks with the full weight of the law.

“We also wish to warn owners of hotels and proprietors of relaxation centres to take notice and desist from releasing their facilities for politicians and party leaders to use to meet and plot against the peace, safety and security of our state.

“I wish to reiterate our unwavering commitment to safeguarding the sanctity of lives and property throughout the state and to reassure everyone that we shall continue to spare no effort to keep Rivers State safe and secure,” Wike stated.

One of the victims of the sealed outlets, Hon. Chinyere Igwe has lamented that they are suffering from political victimisation.

The federal lawmaker who spoke with THISDAY on phone, alleged that their offence was because they are supporting Atiku.

He said, “Is political victimisation. He is victimising us because we are aligning with Rt. Hon. Austin Okpara, a former Deputy Speaker of House of Representatives for having a meeting with Alhaji Abubakar Atiku, the PDP presidential candidate.”

Igwe narrated that “The security operatives were on directive. When they got there, they went round and didn’t find one jerry-can of fuel, not even a cup in the filling station. They thought we were engaging in bunkering but when they didn’t see anything they just sealed the place with their own padlock they came with and positioned their vehicles.”

Meanwhile, the All Progressives Congress (APC) in the state has condemned the attacks on businesses in the Port Harcourt city.

According to the statement signed by Nwauju yesterday, APC stated: “Reports of attacks on business owners and destruction of properties at the popular Building Materials Market at the Kala area of Obio/Akpor LGA by men of the Taskforce set up by the Rivers State Government, and, the sealing up of three business premises (Priscy’s Lounge, Preray Hotel & Mega Tools Ltd.) within the Port Harcourt City LGA, and subsequent arrest of customers whose only crime was patronising these businesses by agents of the Rivers State Government, is to say the least barbaric.

“May we draw the attention of the State Government and its agents to the provisions of Chapter 4 of the 1999 Constitution (as amended) which allows for freedom to live and move freely in Rivers State. Not even the President is empowered under our constitution to seal up people’s legitimate businesses for whatever reasons.

“Even if a business premises is reasonably suspected to be one that is used for illegitimate purposes, only a court of law can pronounce the company or individual guilty. Nobody under the principle of fair hearing can one be a judge in his own matter (nemo judex in causa sua).

“We regrettably recall the illegal demolition of Prudent Hotel, Alode and Etemeteh Hotel, Onne in Eleme LGA in 2020 for allegedly flouting COVID-19 lockdown directives. The outgoing Governor of Rivers State is a senior lawyer and life bencher, he should therefore guide his agents to respect the law.

“The APC in Rivers State however wish to assure the business community, local and foreign investors, that an APC administration in Rivers State shall encourage entrepreneurship, and create an enabling environment for businesses to thrive.”

As at the time of filing this report, Rivers State Police Command was yet to react on the incident. The Police Public Relations Officer, Grace Koko, when contacted promised to get back