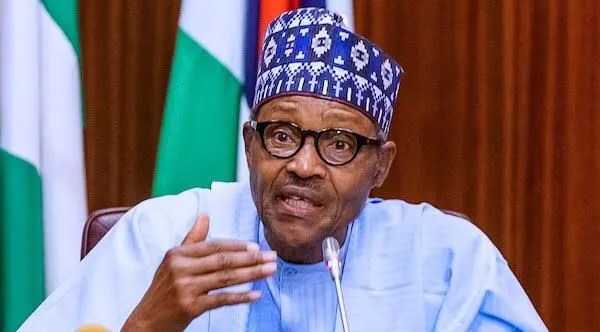 President Muhammadu Buhari has stated that the reason the FG cannot review salaries for civil servants is due to revenue constraints caused by crude oil theft which is affecting Nigeria’s revenue potential.

President Buhari disclosed this on Friday after he received the Central Working Committee of the Association of Senior Civil Servants of Nigeria (ASCSN) at the State House, Abuja, on Friday, according to NAN.

He added that the Russian invasion of Ukraine has also led to price increases in costs of goods and services globally.

What the President is saying

Responding to requests for a salary review by civil servants, Buhari said he acknowledged the urgent need for a general salary review in the Federal Public Service due to worldwide problems of high inflation amidst general economic disruption.

He said, “I wish to urge you to appreciate the revenue constraints being presently faced by government which is caused mainly by the activities of unscrupulous citizens through the theft of our crude oil, a major contributor to our revenue base.

“This is compounded by global economic downturn as a result of the on-going Russian-Ukrainian war, which has led to price increases not just in the costs of goods and services globally, but also in the transportation of these goods and services across the globe.

“You are also aware of the enormous burden placed on our finances by the COVID-19 pandemic.

“Furthermore, let me note the significant investment we have had to make in security over the last seven years, which means other sectors of the economy have not been able to receive as much funding as we would have liked.

“Only when our country is secured, that we are able to proceed and take on other aspects of our economic challenges.”

He also urged that Nigeria will not allow a few criminals to have unfettered access to the nation’s crude oil supply, citing that he has directed security agencies to speedily bring to a halt the activities of these vandals in the Niger Delta.

On the harmonisation of salary in the Public Service, the president said a committee was set up for that purpose, under the Minister of Finance who was still working, saying that a report is expected to be submitted at the conclusion of its assignment, which would be studied for appropriate action.

He also added that the Head of Service of the Federation had been directed to liaise with other relevant government agencies to see how the 2023 budget estimates could accommodate an increase in the budget of the Federal Government Staff Housing Loans Board.

What you should know

In the first four months of the year, a sum of N285.38 billion was earned as oil revenue by the federal government, representing a 60.9% shortfall compared to N730.12 billion prorated figure.Despite the rally in crude oil prices in the first half of the year, Nigeria was unable to increase its oil revenue as a result of a continuous decline in production capacity, contained in the 2023 – 2025 MTFF/FSP report, presented by the Minister of Finance, Dr. Zainab Shamsuna Ahmed.Minister of State for Petroleum Resources, Dr Timipre Sylva, revealed this month that  Federal Government is losing 400,000 barrels per day to crude theft.