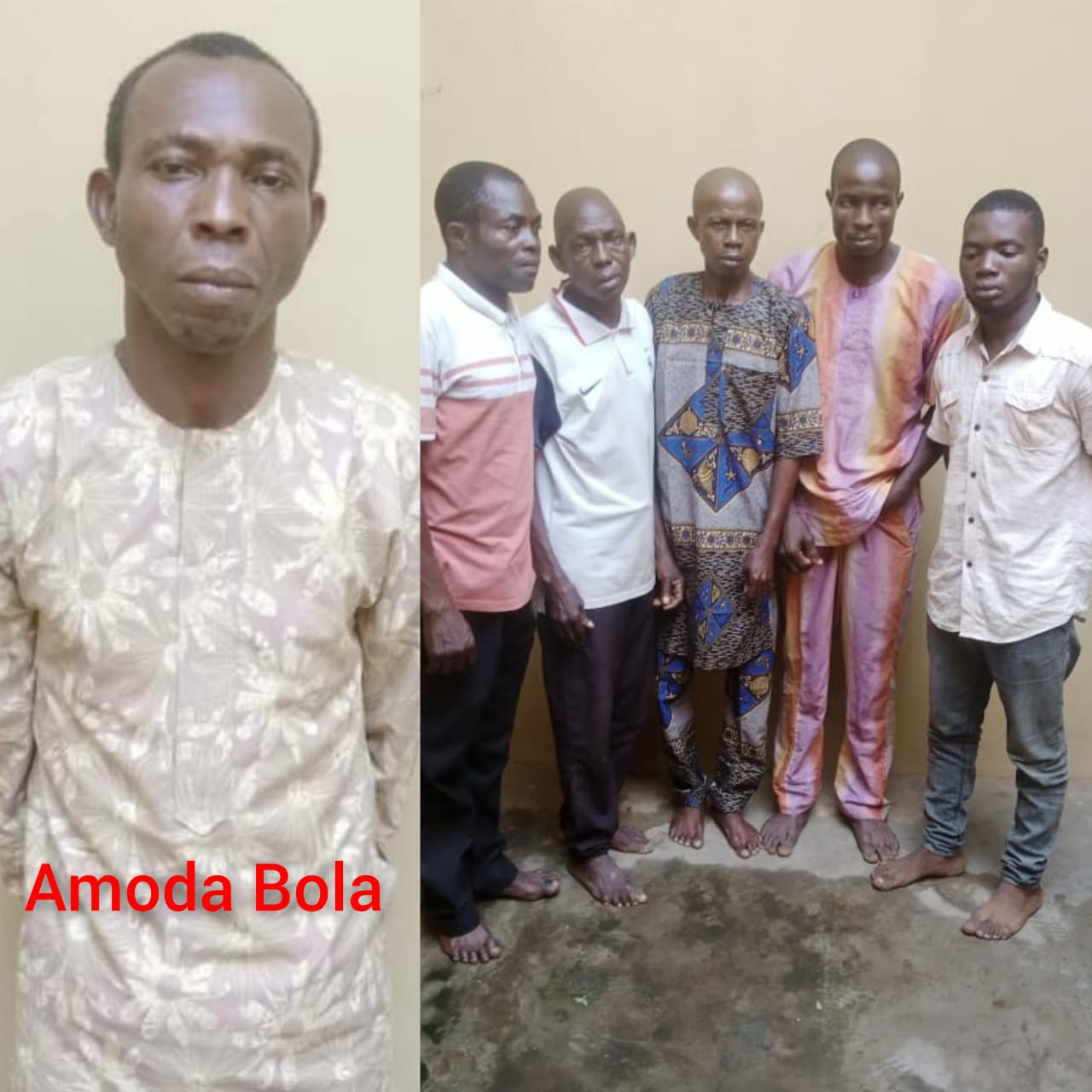 She stated further that her father has also been inviting men to the house to have sex with her after which the men will pay him money.

Amoda Bola, a 49-year-old man, has been arrested in Ogun State.

The man was on August 17 nabbed by men of the Ogun state Police command for allegedly impregnating his 14-year-old biological daughter (name withheld).

The suspect, a resident of Idi Oro street, Ode Remo was arrested following a complaint received from the victim, who reported at Ode Remo divisional headquarters that her father with whom she has been living with for some years now has been having carnal knowledge of her.

She stated further that her father has also been inviting men to the house to have sex with her after which the men will pay him money.

Upon the report, the DPO Ode Remo division, CSP Olayemi Fasogbon detailed his detectives to the scene where the suspect was promptly arrested.

On interrogation, the suspect,who first denied the allegations later confessed when the victim confronted him. His confession led to the arrest of five others who have slept with the victim at different times on the invitation of the father.

Confirming the incident, the spokesperson of the state police command, SP Abimbola Oyeyemi, said all the suspects have confessed to having carnal knowledge of the 14 year-old girl and paid money to the father. He said the victim, whose mother had separated from the father years back, said she was practically turned into a prostitute by her father.

”She has been taken to state hospital Isara Remo where it was confirmed that she is pregnant.

The victim has insisted that it was her father who is responsible for the pregnancy been the only person who slept with her within the period she got pregnant.

Meanwhile, the Commissioner of Police, CP Lanre Bankole has ordered the immediate transfer of the suspects to anti humans trafficking and child labour unit of the state Criminal Investigation Department for discreet investigation and possible prosecution.”Oyeymi said