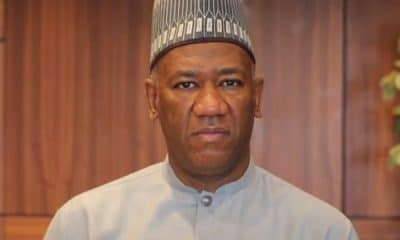 The Labour Party, LP, presidential running mate, Datti Baba-Ahmed has opened up on why he parted ways with President Muhammadu Buhari.

Baba-Ahmed and Buhari were once members of the defunct Congress for Progressives Change, CPC.

He was elected in 2011 to represent Kaduna North Senatorial District under the defunct party.

However, Baba-Ahmed said he parted ways with Buhari due to a change in ideology.

He disclosed that Buhari has lost his principles and bearings, hence he parted ways with the president.

Speaking in Kano, Datti said: “Over time, President Buhari lost his principles and bearings, the situation made it difficult for allies like myself to abide by his political philosophy and ideas.”

Baba-Ahmed stated that the party was making steady progress in the North.

He assured that efforts were in place to ensure electorates vote for LP in 2023.