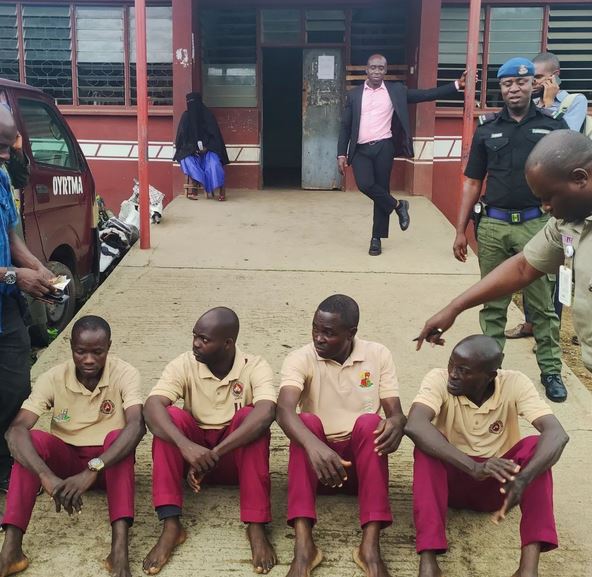 The suspects have been handed over to the police for further investigations and prosecution.

Four suspects parading themselves as traffic officials to extort motorists have been arrested by officials of the Oyo State Road Transport Management Authority (OYRTMA).

The Chairman of the agency, Mogaji Akin Fagbemi, said the suspects were arrested on Monday, August 22.

“Earlier today, we caught in the act some impostors parading as our officials and defrauding the motoring public in and around Akobo, Akala and General Gas axis of Ibadan Metropolis,” he said.

“This follows series of public complaints we recieved from members of the public around the area and our coordinated covert operations with other security agencies,”

The suspects have been handed over to the police for further investigations and prosecution.