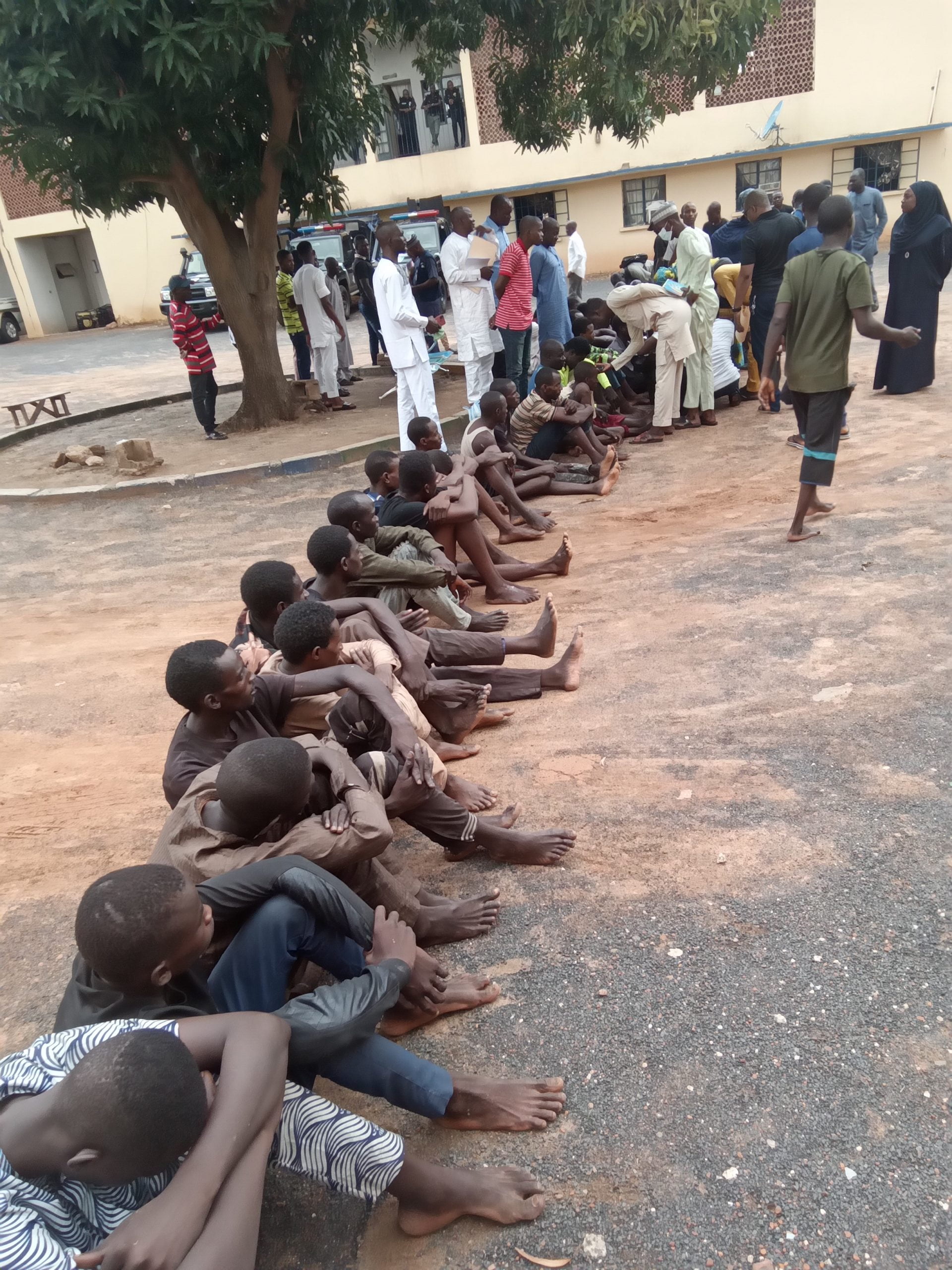 The Adamawa State Police Command has paraded 31 suspects arrested within the past week from around the state.

The suspects were paraded on Monday morning at the state Police headquarters in Yola, by the state Commissioner of Police, CP Sikiru Akande

One of the suspects, Aisha Mohammed, aged 25 years is accused of beating her child to death, another suspect, 34-year-old Eke Yakubu is being held for allegedly impregnating one Linda Isah and killing the unborn child by buying drugs and forcing Linda into abortion.

Among other suspects is 28-year-old Mohammed Mohammed who, with three others at large, went into the house of one Mamman Dahiru of Mayo-Belwa LGA and took away his Toyota Starlet car.

The Adamawa State Police chief also disclosed that Fiko Ofaa, another 40 years old suspect, “kidnapped one Joshua Ezra from his home in Demsa, near Yola, and demanded N2.5 million.”

The CP told newsmen that the suspects were apprehended following one week of tactical and intelligence-driven dusk to dawn raid of criminal hideouts.

Items recovered by the police include a blue Toyota Starlet car, eight handsets, a laptop, five locally made single barrel guns, three machetes, a dagger, among others.