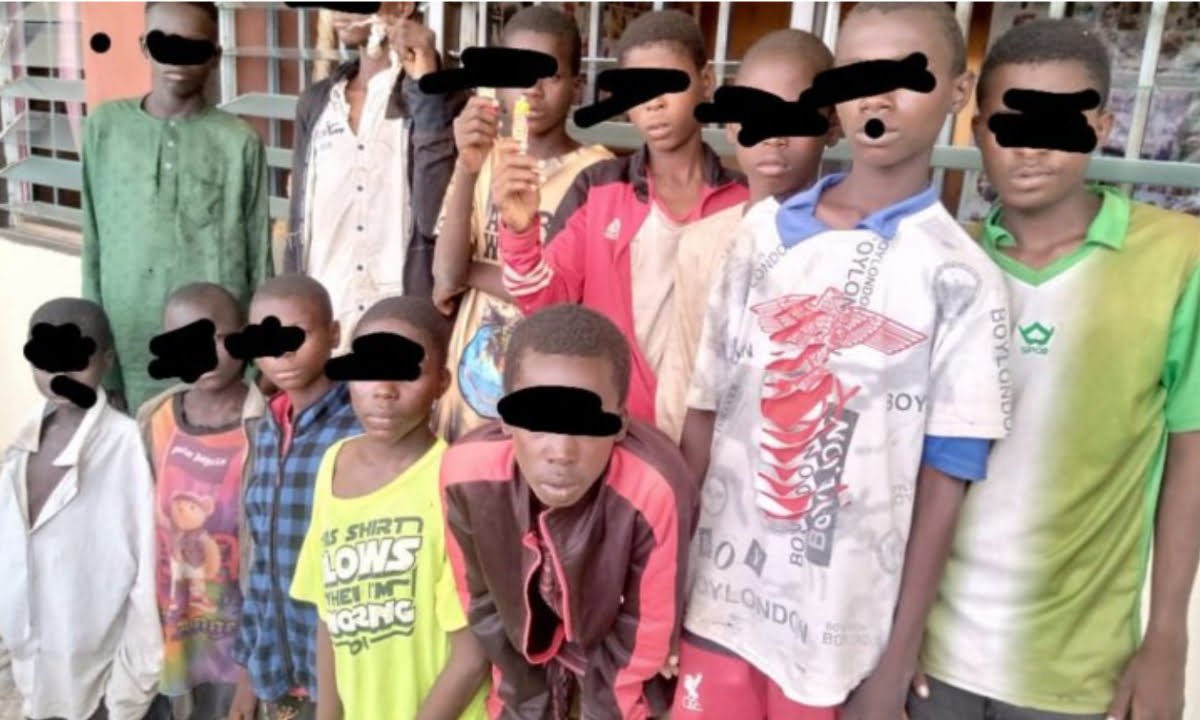 The Nigeria Security and Civil Defense Corps (NSCDC), Yobe State Command, said its operatives have arrested an underaged syndicate who specialized in ‘pickpocket’ on market days in Damaturu.

The Command’s Public Relations Officer, ASC Bala Garba, disclosed this in a press statement made available to newsmen in Damaturu.

“An organized syndicate of pickpockets involving underaged boys was busted by the NSCDC operatives on 14/08/2022 while carrying out routine crowd control and surveillance duty at the market.

“A boy aged “11 yrs old” was first arrested while attempting to pickpocket an unsuspecting person. He later tipped off nine other members of his syndicate and were arrested at the market in different locations”, he said.

Similarly, the NSCDC PRO in the statement said three other underaged boys were handed over to the men of the Command in the market by civilians for pickpocketing.

According to him, findings revealed that the boys were initiated and inspired into pickpocketing by some senior drug pushers at the drug-dealing joints of the market and the popular bypass and Mass Transit Park drug peddling joints in the town.

“The initiators were revealed to be benefiting from the proceeds of the pickpocket, as those boys take stolen cell phones to them for disposing of.

“It was revealed that all the boys indulge in abuse of substances such as rubber solution (solisho) and other hard drugs. Two rubber solution packs, one Tablet of D5 drug and a locally abused substance, known as Kiska were seized from four (4) of them”, he disclosed.

In furtherance to encourage non-custodial sentencing on petty offences by the Corps, ASC Garba in the statement, noted that the State Commandant Sa’idu Aliyu tasked the Peace and Conflict Resolutions Unit of the Corps to profile the underaged suspects and ensure they are remanned and deradicalized for reintegration into the society.

ASC Bala Garba in the statement, also revealed that the Command has recently launched a special operation, codenamed, ‘Operation Flush’ to nip in the bud all nefarious activities in the state.

According to him, “the Operation has so far yielded a tremendous result where arrests of unscrupulous elements and prosecutions have been achieved from the onset of the Operations to date”.