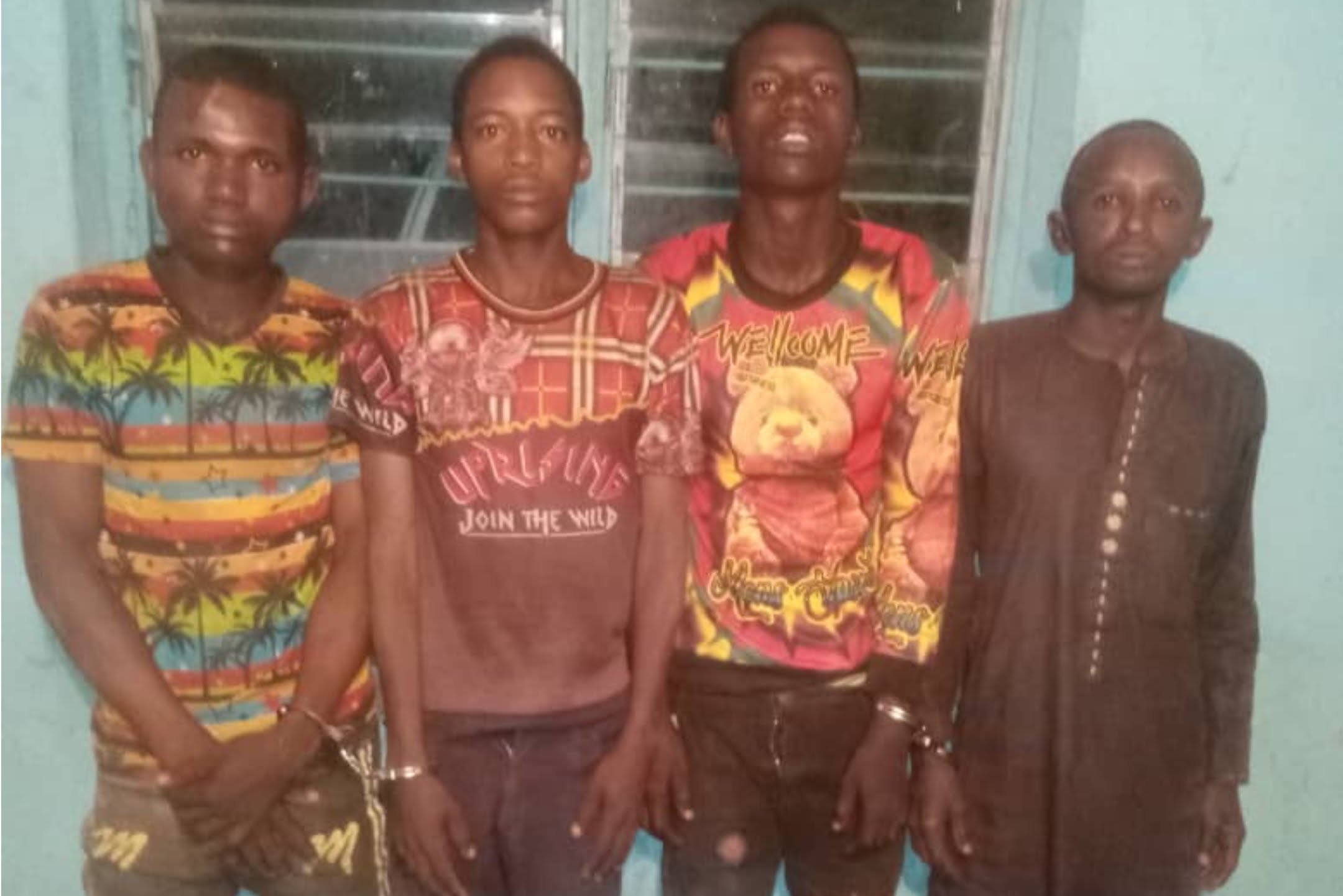 Four suspected armed robbers have been arrested by the Kwara State Police Command.

Spokesman of the command, Okasanmi Ajayi, in a statement in Ilorin on Wednesday, said “at about 1500hrs on Monday, (22/8/2022), a team of policemen and members of Miyetti Allah of Oro-Ago in a combined operation, went in search of a gang of armed robbers, whose stock-in-trade was mainly robbing unsuspecting citizens in the area of their money and goods on market days.”

He said the operation became necessary after intelligence revealed that the perpetrators were hibernating in the Fulani camp in Oro-Ago.

“One of such armed robbery cases was reported yesterday by one Alhaji Yahaya Ishaku ‘m’ of Ahun Fulani via Oro-Ago, who was way-laid and robbed of the proceeds of the sales of his cows, total sum of N600,000 by the following suspects, Bello Baneri ‘m’, Umaru Shehu ‘m’, Awalu Umaru ‘m’ and Mamma Muhammed ‘m’ all of Fulani camp Oro-Ago, while returning from Kara market in Ajase-Ipo where he went to sell his cows on Saturday, 20/8/2022.”

The Police spokesman disclosed that preliminary investigation revealed that, “the first suspect by name, Mamma Mohammed ‘M’ was hired by the complainant to help him load his cows in the vehicle while embarking on the journey to the market to sell the cows.

“Consequent upon finishing the loading of the cows, Mamman Mohammed ‘the suspect’ went and informed his gang members about the sale of the cows by the victim and thereafter planned and laid ambush for the victim.

“On his way back from the market, the victim who was on a bike returning to the camp was blocked by the gang, they hit him on the head with sticks, he fell off the motorcycle and became unconscious.

“He was searched by the assailants and the N600,000, the proceeds of the sales found on him was taken away,” Okasanmi added.

He said in the course of investigation, the suspects confessed to the crime and the sum of N400,000, part of the stolen money was recovered, while efforts are in progress to recover the balance.

The State Commissioner of Police, Tuesday Assayomo, has directed that the case be transferred forthwith to the State Criminal Investigation Department (SCID) Ilorin, for discreet investigation.

He reiterated his earlier stand that Kwara State would be made uncomfortable and tough for criminal elements.

The Police boss further advised employers of labour to always do a background check on any helping hands they intend to employ to avoid incidents of that nature.