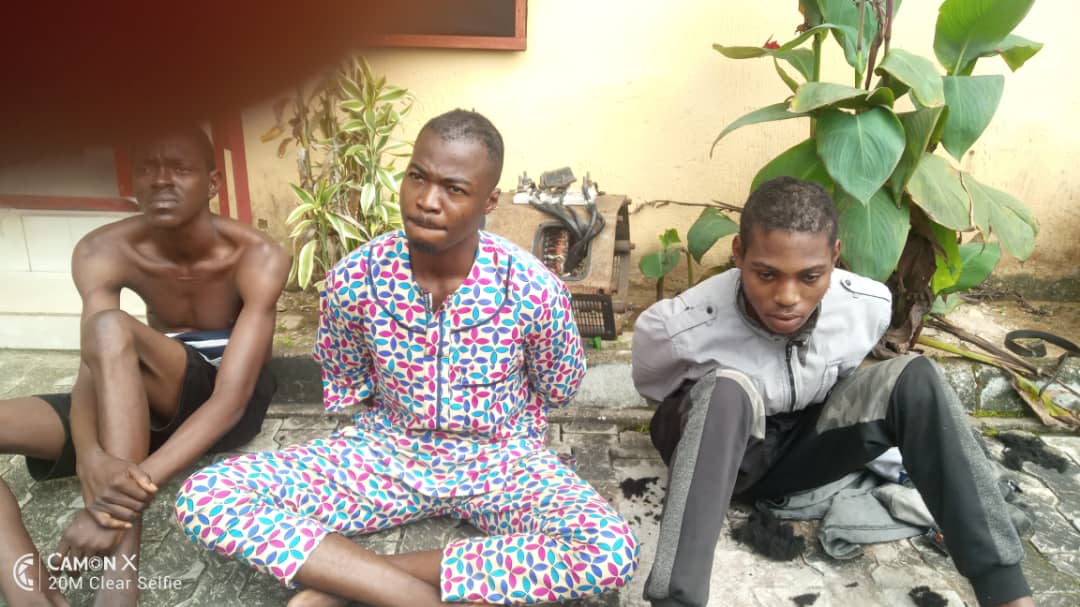 The University of Calabar (UNICAL) internal security team has arrested a Professor’s son whose name was given only as Jerry for allegedly stealing a Hilux engine, estimated to worth two million naira. The incident is said to have happened inside the UNICAL Staff quarters on Saturday but the ‘Belgium’ engine was stolen from the mechanic workshop inside the staff quarters. The suspect was picked up alongside two other accomplices, also simply named as David and Paul.

Chief Security Officer of the University, Capt Augustine Bisong (rtd) headed the investigation which led to the arrest after two weeks. Explaining to Journalists, Bisong said the engine was bought to replace a bad one in a vehicle that belongs to a principal officer of the school.

“The engine is reported to cost some two million naira. We had to mount surveillance immediately we got the information.”

The chief security officer alleged that those arrested had terrorised the University community. He said they had been stealing car batteries, armoured cables and vandalizing street lights. He said they will hand them over to the police for prosecution.

David, one of the suspects, disclosed that he is from Benue State but resides in the University staff Quarters with his mother. He confessed that they sold the engine at Bogobiri community in Calabar for N30,000 only.

“We took the engine to Bogobiri where we sold it for N30,000 because we thought it was scrap metal, I am sorry because I will never get involved in such again, ” he said.