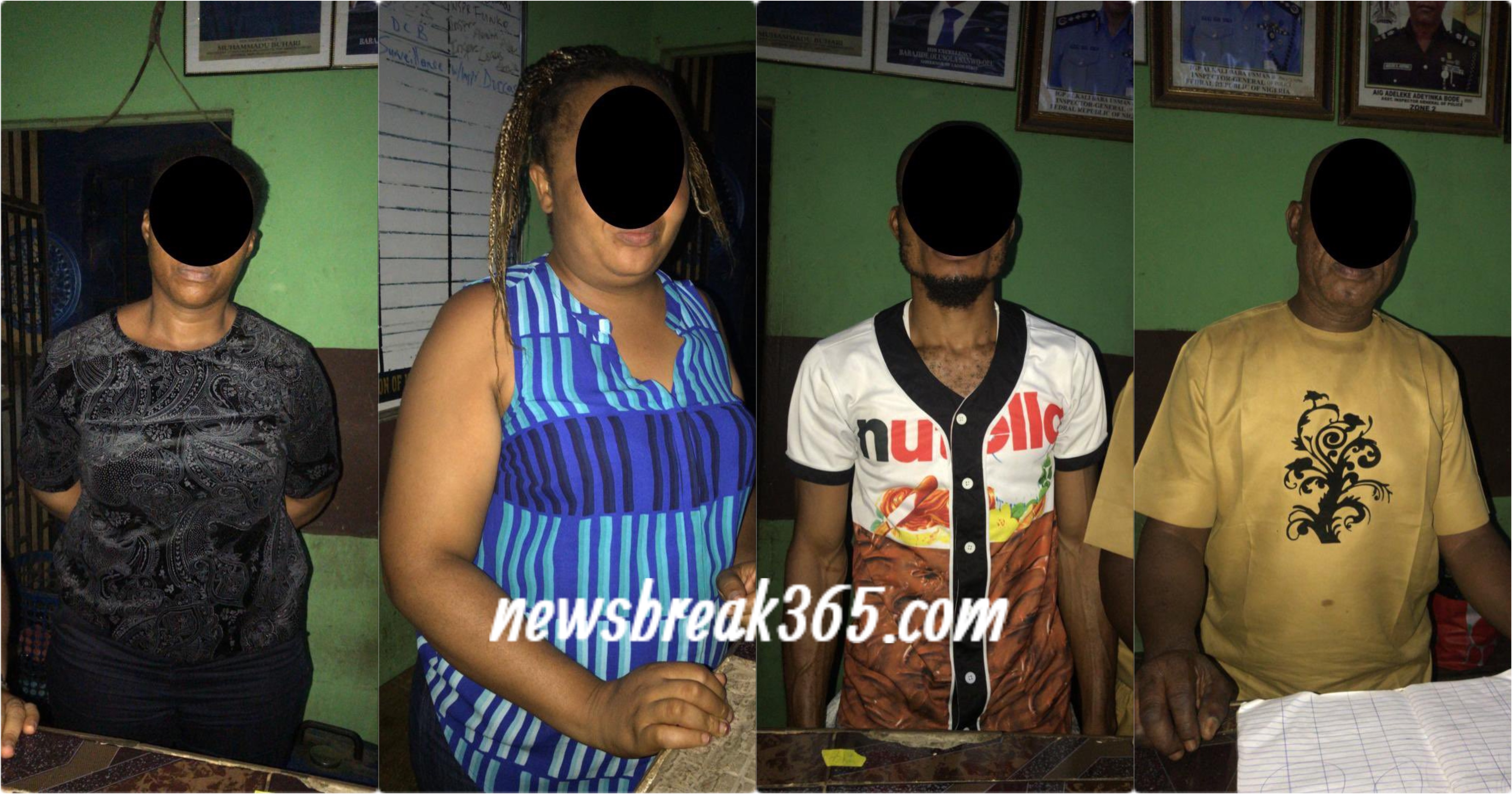 A man has been detained by operatives of the Lagos state police command for allegedly conspiring with his doctor and a nurse to sell off his three-month-old child without the consent of the child’s mother.

The baby was sold off for N400,000, according to SP Benjamin Hundeyin, the state police command’s spokesperson, who posted the information on Twitter.

”A father (pic1) connived with his doctor (pic2) & a nurse (pic3) & sold his three-month-old baby to a woman (pic4) for N400k without the knowledge of the mother. After days of searching, the Police was informed. All suspects arrested. Baby is safe. SCID to prosecute the suspects.”