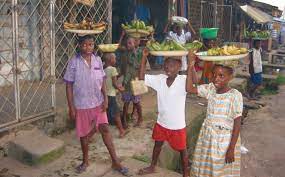 Government of Akwa Ibom has portrayed recent reports on the prevalence of out-of-school children in the state as misleading, mischievous and politically motivated.

A report claimed that Akwa Ibom had a prevalence of out-of-school children while another ranked the performance of the state in the West African Senior School Certificate Examination.

But in a statement issued on Thursday in Uyo, the Commissioner for Education, Mrs. Idongesit Etiebet, said the report was false and fictitious, as it did not emanate from the West African Examinations Council.

According to the commissioner the said report do not reflect the progress the state has recorded in the sector in the last seven years, and the impressive performances of students in exit examinations in the State.

“This impressive number of school children is clearly a product of the education master plan of Governor Udom Emmanuel’s administration which has led to improved facilities and employment of more teachers in schools, as well as prompt payments of salaries and other emoluments to teachers across the state.”

Mrs. Etiebet further hinted that the State was currently operating free, compulsory and qualitative basic education programme which makes it mandatory for every child of school age to be in school during school hours.

The statement added, ”This policy which is backed by the state’s Child’s Rights Law makes it a punishable offense for parents and guardians whose children are caught loitering during school hours. Education monitors spread across the three senatorial districts are daily enforcing compliance through daily patrol exercises.

“The State Government also pays WAEC and NABTEB fees for all students in Public Secondary Schools in the State, running into N1bn (One Billion Naira) each year and also pays subventions of 100 to 200 naira per child, per term respectively to all public primary and secondary schools respectively, to discourage all forms of hidden charges by schools’ heads.

“In the light of these, it can be clearly seen and stated that Akwa Ibom ranks top as far as education is concerned and could not have been the same state that such atrocious figures of out of school children could have been linked.

“Similarly, we wish to categorically debunk the false West African School Certificate Examination performance rankings circulating on the social media. This false ranking of states in Nigeria, clearly did not emanate from the West African Examination Council and should definitely not be taken seriously.

“Students in exiting classes in the State have improved in their performances in the last few years. The recent results from the O’level examinations in the country show that Akwa Ibom students bagged the best results, with one of them Master Valour Mbre Inyang scoring A’s in all subjects in national and international examinations he wrote.

“We urge the general public to kindly disregard these mischievous and apparently politically motivated reports.”