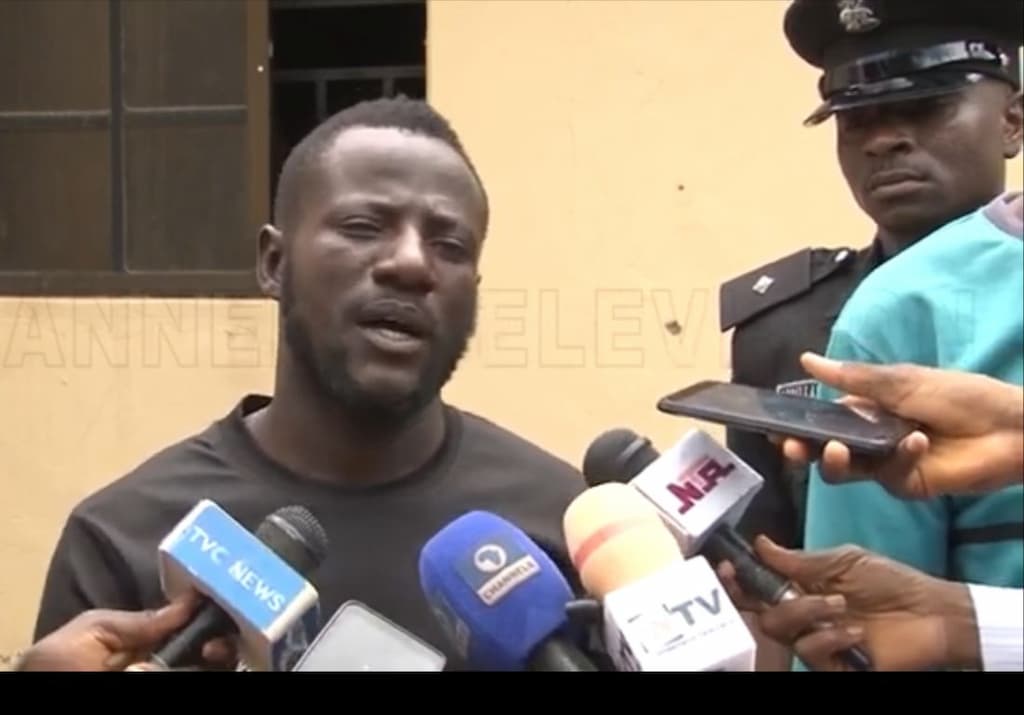 Lance Corporal John Gabriel, a soldier with registration number N/A13/69/1522, has further disclosed what transpired between him and Sheik Goni Aisami-Gashua, a prominent cleric in Yobe State, before killing him.

It was reported how the cleric was shot dead after he offered lift to his killer on Friday night.

Aisami was headed for Gashua from Nguru when his killer who was in mufti pleaded to join him to Jaji-Maji.

As they proceeded on the journey, he tricked the cleric who alighted from his vehicle but never made it back again as Gabriel murdered him in cold blood.

Speaking when he was paraded by the police on Wednesday, the killer soldier who was attached to 241 Recce Model Battalion, Nguru, said the Sheik asked him two questions before he pulled the trigger.

“We were approaching Jaji-Maji and the windows were wound down, so I told him (the victim) that I was hearing a sound under his vehicle and he said he was suspecting something under it and he wanted to park and check. After he parked by the roadside, he alighted and I followed him. After checking, he found out that it was not what he suspected.

“”Meanwhile, I had removed my rifle and fixed the magazine when he was under the vehicle. When he didn’t find anything under the vehicle, I told him to check the back tyre, but as he was about doing so, I pointed my rifle at him and he asked me, ‘What did I do to you?” And I responded, you did not do anything to me. He asked further, ‘Do you want to kill me?’ And I said, ‘No I don’t want to kill you.’ So, he kept quiet and I fired a warning shot, thinking he would be scared and run away. But he didn’t run away. However as he made to enter his vehicle, I fired directly at him