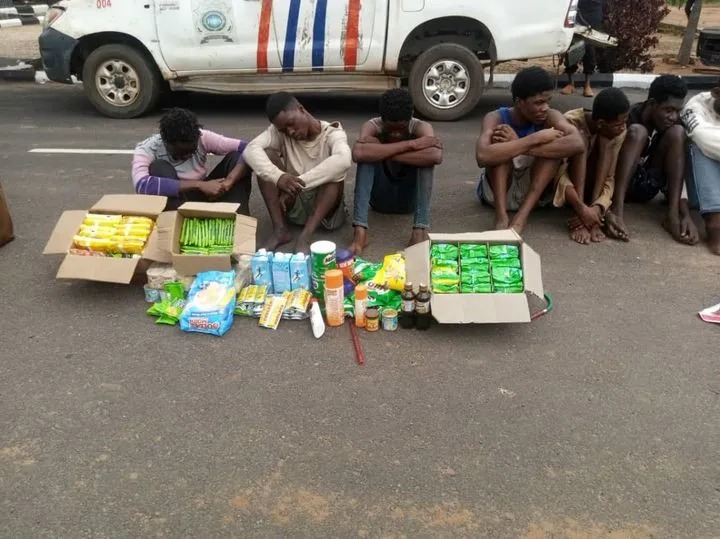 A herbalist named Nurudeen Ibrahim has been detained by the Ekiti State Police Command for allegedly raping and defrauding a woman of N10.4 million.

It was gathered that the suspect defrauded the victim who had sought his spiritual counsel in the Aramoko-Ekiti, Ekiti West local government area of the state.

The herbalist was paraded alongside other suspected criminals at the command’s headquarters in Ado-Ekiti on Thursday, August 25.

According to the command’s spokesperson, DSP Sunday Abutu, the suspect sexually assaulted the 50-year-old woman multiple times while pretending to perform a spiritual cleansing for her business.

“The Command’s Anti-Fraud Unit on 19/08/2022 arrested a herbalist, one NURUDEEN IBRAHIM of Aramoko-Ekiti for defrauding a 50-year old business woman of Ogundele Street, Agbado in Ogun State to the tune of Ten Million, Four Hundred Thousand Naira (#10,400,000:00) and raping her on several occasions.

“The victim explained that she met NURUDEEN IBRAHIM in Aramoko-Ekiti sometime in September, 2019 when her business was retrogressing and was told to meet him for some rituals in order to make her business flourish and stable.

“She further said that the suspect has had unlawful carnal knowledge of her more than three times since then and threatened that she will die if she informs anyone including her husband.

“The victim decided to open up to her family members after she started noticing negative signs all over her body, lost her menstruation, lost her business and became very ill after which a family member informed the police which led to the arrest of the herbalist

“The suspect admitted that he only collected Eight Million Naira (#8,000,000:00) from her in order to assist her in prayers that will boost her business.”

According to the PPRO, other gang members have been detained and are currently incarcerated at an Ekiti State detention facility.

“During investigation, the suspect confessed to series of his criminal activities including the armed robbery attack on First Bank Plc, Ifaki-Ekiti branch on 19/04/2018 where a Police Inspector was shot dead, attack on Wema Bank, lyin-Ekiti branch on 02/10/2020, attack on Maxwell Hospital, Ado-ekiti on 29/03/2022 amongst others.”

Abutu disclosed that three suspects were also arrested for conspiracy, burglary and stealing in Ado-Ekiti.

“On 22/08/2022 at about 07:00hrs, upon a credible tip-off, the Command operatives arrested one AYOMIDE FEMI a.k.a BAFEM, AKINOLA BODE and KAYODE DOLAPO in their criminal hideout in Ado-Ekiti for conspiracy burglary and stealing. Items recovered from them include groceries, cartoons of indomitable noodles, cosmetics and other valuables.”

“During interrogation, the suspects confessed that the exhibits recovered from them were stolen from the shops they burgled which are located opposite Delight Hotel, llawe Road, Ado-Ekiti. The owners of the shops have however appeared and identified the recovered exhibits as parts of the stolen items carted away from their shops. The suspects will be arraigned accordingly.”