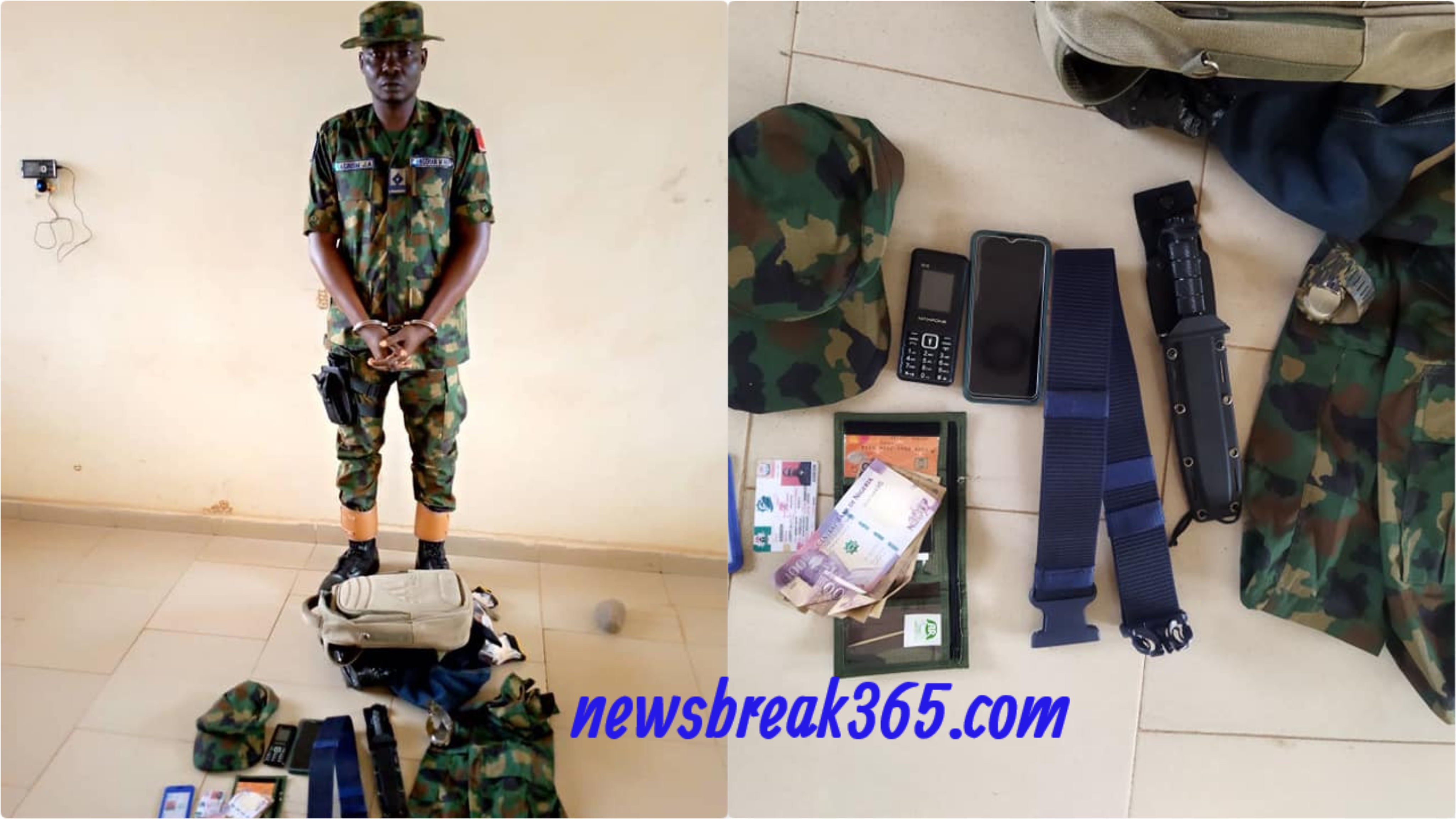 The Nasarawa State Police Command has arrested one Agbism Joseph Allua, for parading himself as a naval officer.

Spokesperson of the command, DSP Ramhan Nansel, who disclosed this in a statement on Friday, August 26, said police operatives arrested the suspect in Doma Local Government Area of the state and recovered Navy accountrements from him.

“On August 25, 2022, one Agbism Joseph Allu ’M’ 33yrs old of Nasarawa Eggon LGA, but resides in Lafia and claimed to be working in Kogi State was arrested at Doma market, Doma LGA of Nasarawa State, while putting on full Military Camouflage by operatives of 4 Special Forces Command, Doma and handed over to the Police for further investigation,” the statement read.

“Preliminary investigation revealed that, the suspect procured the military regalia/accoutrements at Lagos State and has been wearing it to deceive unsuspecting members of the public before nemesis caught up with him

“Further Investigation has led to the recovery of some Military accoutrements of the Nigeria Navy such as: two sets of combat short knickers, a jack knife, two identification cards of Nigeria Merchant Navy carrying the name of the suspect, Belt, two mobile phones etc

“The Commissioner of Police, CP Adesina Soyemi has ordered the State Criminal Investigation Department to carry out exhaustive Investigation into the case in order to unravel other crimes that might have been committed by the suspect; after which, he will be charged to court for prosecution.”