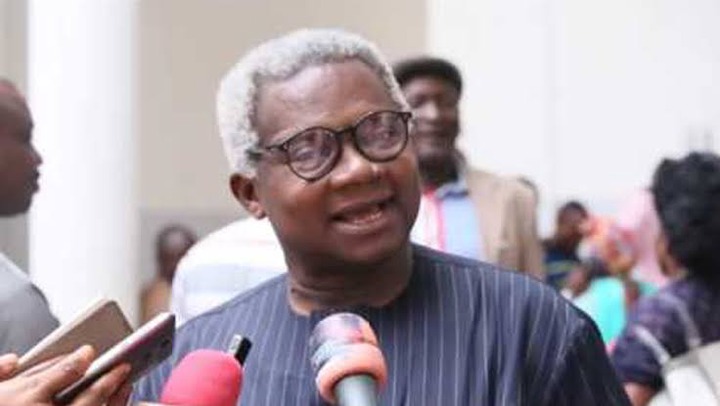 Recall that Atiku beat the Rivers helmsman at the Peoples Democratic Party (PDP) primary in May.

Speaking via a statement on Friday, Osita Okechukwu who gave the warning said Wike might lose out on Nigeria’s political permutation if he backs Atiku, who “betrayed” the South.

Noting that Wike is “enjoying the moment,” the Voice of Nigeria (VON) Director-General advised him to spend his time abroad “with less distraction.”

He told the governor not to “make the mistake of rewarding Atiku, who betrayed the South and by extension Wike, who could have won the PDP presidential primary election.”

The politician recalled that Atiku cruised to victory when only northerners contested the PDP ticket in 2018 in Port Harcourt.

Okechukwu accused the ex-VP of deliberately rubbishing “the rotation convention of president from north to south and south to north which governed the 4th Republic Nigeria from inception in 1999”.

“The grave danger of Wike making the gross mistake of going back to Atiku, who is now the new sheriff in-charge of PDP, is that he will definitely suffer from dagger’s syndrome,” he said.

Okechukwu added that “dagger’s syndrome” would be the fate of Wike if he dares to pull back his dagger, which has been drawn, advising him to support Tinubu or Obi.

The VON DG suggested that whichever of the two would be a better choice as they are fellow Southerners.

“For Asiwaju, he will harvest from our (APC) spread. For Obi, his constituents and allies maybe more comfortable.”

The statement insists patriots of both the North and South are not happy with “the betrayal of the rotation convention” by the PDP flagbearer.

Okechukwu declared that Atiku is not a unifier because such a person cannot breach the constitution of his political party and the federal character principle enunciated in Nigeria’s constitution.