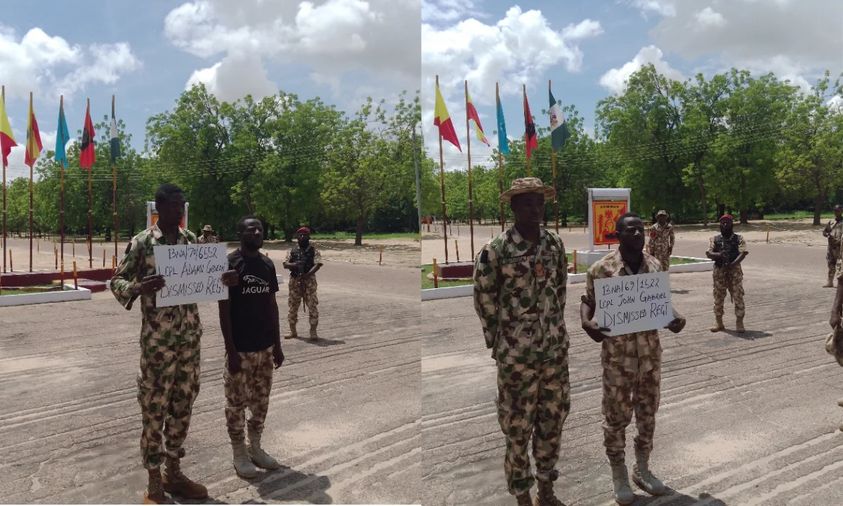 Lt. Col. Ibrahim Abdullahi Osabo, the acting commanding officer of the battalion, stated that the accused were found guilty on two counts: failing to complete military responsibilities and acting in a way that jeopardized service discipline.

Before being finally fired, the suspects had their ranks changed from lance corporal to private.