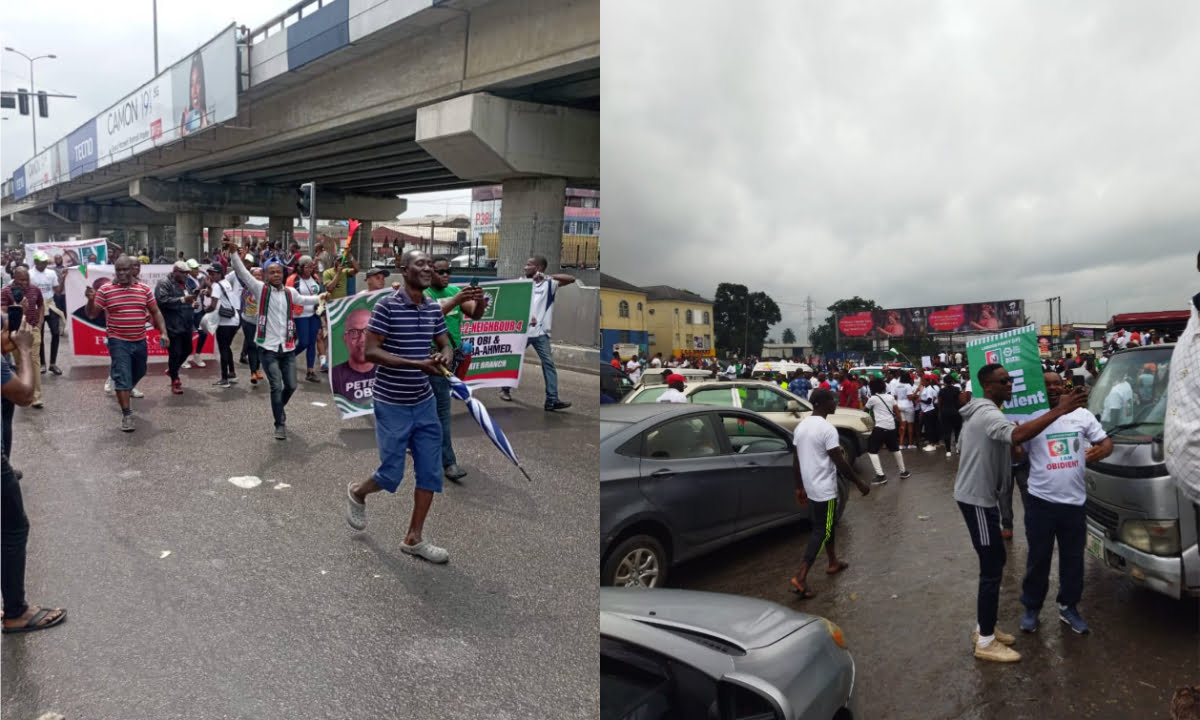 Supporters of the presidential candidate of the Labour Party, Peter Obi defied the early morning rainfall as they trooped out en-mass on the streets of Port Harcourt in support of Obi/Dati candidacy.

The exercise was tagged 2-Million-man March for Peter Obi.

The young people marched from the popular Oil Mill Market and are currently heading to the Isaac Boro Park in Port Harcourt.

Some of the youths said the exercise was to show that “Peter Obi has the required structure” to win the presidential election next year.

The exercise is coming one week after a similar march was held in Owerri, the Imo State capital.