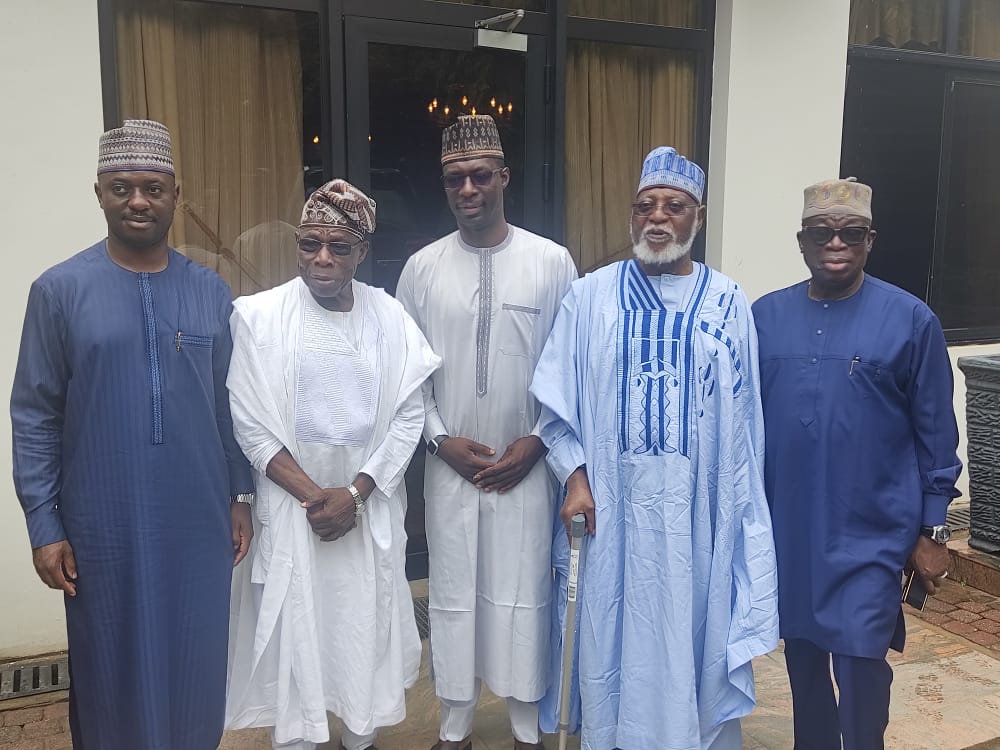 Obasanjo made this known during a visit to the former military head of state, General Ibrahim Badamasi Babangida, and former Head of State, General Abdulsalami Abubakar (rtd) at their uphill country homes in Minna.

Olusegun Obasanjo, a former President of Nigeria, has said he has not favorite presidential candidate.

He announced that he has no special candidate in the build-up to the 2023 presidential election, rather, he only has a national agenda.

Obasanjo made this known during a visit to the former military head of state, General Ibrahim Badamasi Babangida, and former Head of State, General Abdulsalami Abubakar (rtd) at their uphill country homes in Minna.

Responding to questions from journalists on the outcome of the consultations with the Labour Party presidential candidate, Mr Peter Obi, as well as various prominent Nigerians, Obasanjo noted that what he is presently doing is a national agenda.

He said, “I don’t have a special candidate, I have a national agenda.”

Speaking shortly after his meeting with Gen. Abdulsalami, OBJ stated, “I have come to see my brother who was a bit indisposed and when he was abroad I had wanted to visit him, and the day I arrived in London to visit him was the day he left.”

“So I said, well, since I could not see him in London, I will come to see him in Nigeria. And so, that is what I have come to do.

“He is special in a way and he was indisposed, so I had to come and see him. If there is anybody again who is special and indisposed that I have to see, I will see him. I am still strong enough”.

The two had earlier held a closed-door meeting that lasted for 30 minutes.

At the end of this, Chief Obasanjo was accompanied by General Abdulsalami and his wife Justice Fati Abubakar to his car at exactly 1:13 pm before leaving for Gen. Ibrahim Badamasi Babangida’s home.

The former President arrived in a black jeep with plate number Kaduna DKA 621FQ at 12:30 pm on Sunday.