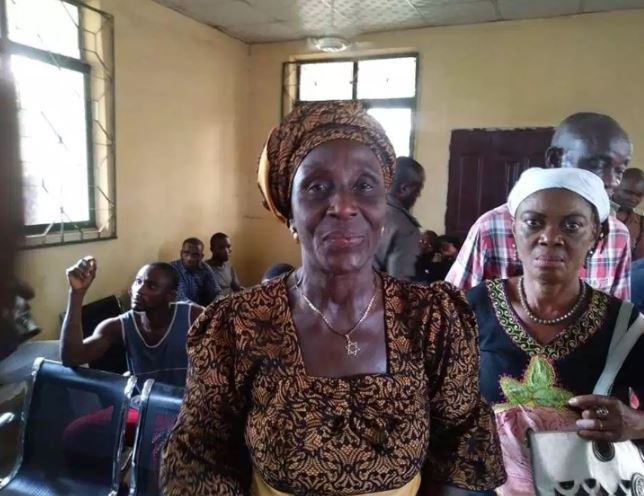 The leader of Kanu’s legal team, Ifeanyi Ejiofor, confirmed her release in a short statement, obtained by journalists.

Mama Biafra who is said to be the foster mother of the detained leader of Indigenous People of Biafra, Mazi Nnamdi Kanu, on Sunday got her freedom from the custody of security agencies.

The leader of Kanu’s legal team, Ifeanyi Ejiofor, confirmed her release in a short statement, obtained by The PUNCH.

He said, “I am very delighted to inform you all that Mrs. Ukamaka Ejezie (Mama Biafra) has regained her freedom. She is now out of DSS dungeon. Thank thee Chukwuokike Abiama for this huge success.

“We are not relenting, every prisoners of conscience, including our indefatigable client, Onyendu Mazi Nnamdi Kanu will soon regain their freedom.

“We in the legal team, are doing everything legally permissible to make it happen, we are not resting on our oars at all, be assured.

Forward ever and backward never!

Mama Biafra, a septuagenarian was arrested during Kanu’s last court appearance in Abuja on May 18.

The woman had been acting as his mother since his parents died in 2020.

“I saw her at the DSS detention cell after her clothes were washed and spread on the wall. I demand that she be released because she committed no crime. She is an old woman and since my mother died I have taken her as my mother. The DSS should release her”, Kanu had demanded.