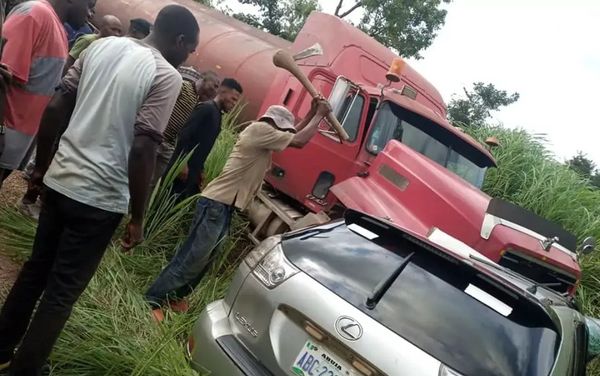 An eyewitness account revealed that a car driver and a woman were traveling in a Lexus Car, with plate number ABC-228-EP when they had a direct head to head collision with an oil truck.

The source who was at the scene of the accident claimed that both the driver and the woman died at the spot.

Another source who was also present at the scene of the crash said the woman and the driver of the car were actually husband and wife.

“The couple were trapped in the Lexus car until villagers intervened and smashed the car using an axe before they could retrieve their bodies,” the source added.