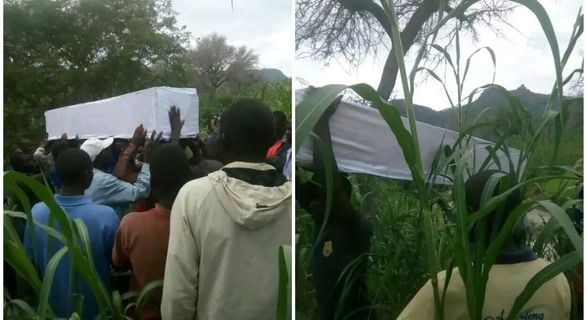 Flood has claimed the lives of four people, including evangelist Daniel Goma and his wife at Nyelleng and Gwabi communities of Pankshin Local Government Area of Plateau State.

It was gathered that the flood which inflicted injuries on many others occurred as a result of heavy downpour that lasted between Monday 22 and Wednesday 24 August, 2022. The flood also washed away the only bridge linking several communities in the area.

The victims were said to have been killed by the flood while making efforts to cross over a river linking the neighbouring communities.

A pregnant woman Nendirmwa Kamshinen who survived the ravaging flood said she escaped by the mercy of God.

“I survived this flood by the grace of God, I had to battle with the water which I didn’t know that it was deep and heavy but I thank God that I was able to hold a tree inside the river and that was how I survived. It is unfortunate that some of my people were killed by the flood.”

Chairman of Pankshin Local Government Area, Hon. Audu Kak’mena who visited the communities shed tears over the demise of the victims as a result of the flood.

He lamented that a Pastor and his wife were among the dead and caution the villagers to always be conscious of their movement, particularly while crossing anytime it rains.

Hon. Kak’mena while sympathizing with the victims and the community said government will assess the level of the damage caused by the flood for swift intervention.