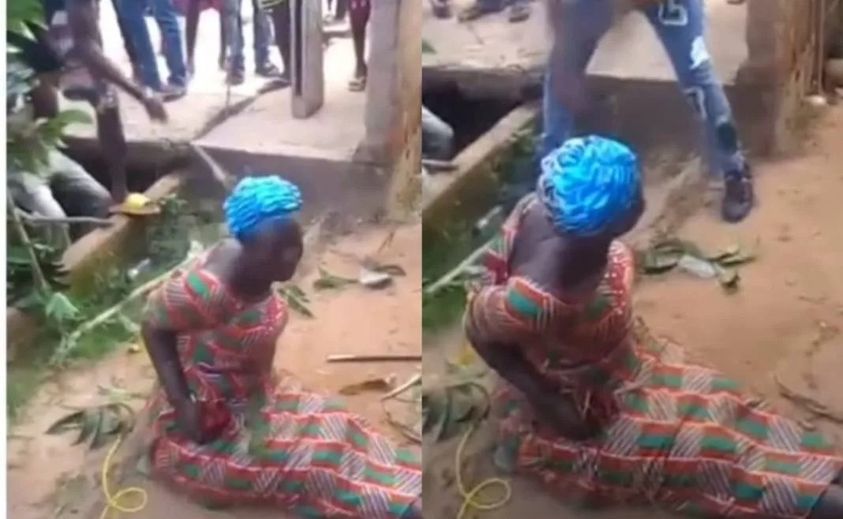 A video which has gone viral online shows the moment a widow was tied up and publicly flogged by her neighbours.

The woman was reportedly brutalized by members of her community in Umueghu, Amaegbuato autonomous community Nkpa Bende Local Government, Abia state after she was accused of being a witch.

The incident was disclosed in a social media post by an activist, Harrison Gwamnishu.

He shared a video and stated that the widow was assaulted after her late husband’s brother’s wife accused her of being a witch.

”When I talk about widows protection, I’m not asking for too much. Our mothers suffer the most from child delivery.

Mrs. Amarachi Okechi, a widow was accused of witchcraft by her late husband brother’s wife.

If you are from Umueghu in Amaegbuato autonomous community Nkpa Bende Local Government, Abia state, your community did this to this woman.

Even when the woman was begging and telling them she’s innocent, they tied her hand to her back, tied her two legs, flogged and filmed her.

Her children reached out to the Behind Bars and we have decided to take this matter up no matter what it will cost us.

This is barbaric and should be condemned by all.