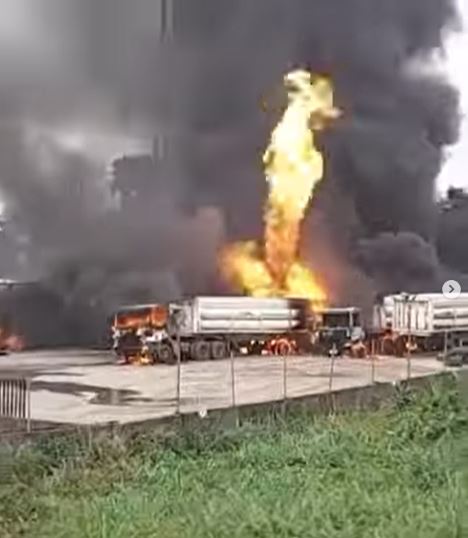 An explosion occurred on Monday near the Redemption Camp on the Lagos-Ibadan expressway.

The camp is owned by the Redeemed Christian Church of God (RCCG) led by Pastor Enoch Adeboye.

Videos on social media show fire blow out from gas loaded on trucks within the premises of a plant.

The location is close to Mowe Bus Stop. Residents and passers-by scampered for safety after the first blast.

The officials added that emergency responders were on the way to the scene.