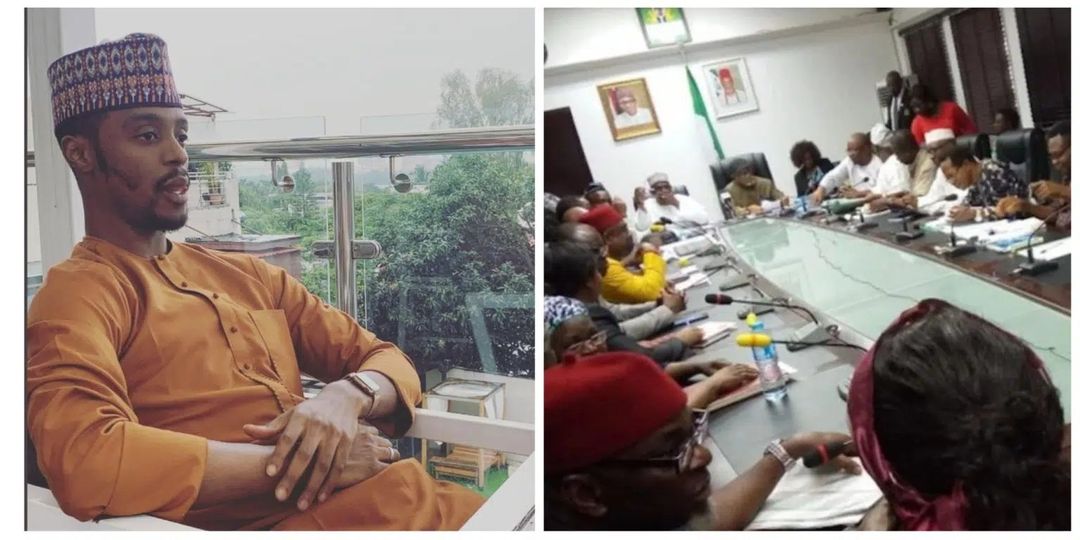 Bashir made the statement on Twitter, saying, “ASUU is a very useless union. They should be scrapped and replaced.

Nigerians have lambasted Bashir El-Rufai, a son of the Kaduna State Governor, Nasir El-Rufai over a disappointing comment he made against the Academic Staff Union on Universities.

Bashir had on Monday, described the Academic Staff Union of Universities as a ‘useless union’ that should be dissolved and replaced with educators who care about students.

This comes after ASUU decided to extend its ongoing strike.

Bashir made the statement on Twitter, saying, “ASUU is a very useless union. They should be scrapped and replaced with educators that actually give a damn about students and how that translates to the future of this country.”

Reacting, Facebook users condemned the comments by Bashir, without sparing his father as well.

A user, Oluwaseun Adewole, said, “This idiot no school for Nigeria ooo. I’m not supporting ASUU but I won’t tolerate any banter from those who have led ASUU to their insensitivity.”

“Like father, like son. Terrorists have taken over Kaduna State under his father’s watch, but he hasn’t told his father that he is useless. It’s not surprising anyway! His dad is foul-mouthed. Imagine a governor describing terrorists as “area boys” and “business men.” The amalgamation was a blunder,” Sanmi Ajibade wrote.

Joshua Oladepo, reacting, said, “This fool doesn’t know the pain we are going through schooling in Nigeria.”

“This one has used cap to cover his sense. No politician children has the right to comment on any issue in this country because they are not facing what Nigerians are facing. Stay abroad and mind your business with your head like Igneous rock,” Walshak Kos wrote.

“I am not angry with him for making such useless statements. My anger goes out to those mad people here that will still vote the All Progressives Congress/the Peoples Democratic Party,” Monday Omos wrote.

Another user, Kabiru Musa, wrote, “How many years your dad spend without solving this banditry issue? In a developed country your dad is supposed to be in jail.”

“Charity begins at home. Insulting good people is what you have inherited from your father, that’s why I would not blame you for what you have uttered because you are obviously exposing how you were trained to treat people in your family,” Ibrahim Preacher stated.

Abdullahi Z Suleiman, said, “Oboy! Small small faaaa. All these things coming out from you would hunt you someday. ASUU are better than your father, Your father sent you to abroad to acquire your degree when ASUU were sacrificing for the children of the downtrodden.”

“Do I blame you? You and your family are feeding from tax payers money, so you can vomit any nonsense,” Ken Nduka wrote.

“While I was so disappointed by calling the union of our lecturers “useless,” this shows highest level of immorality and disrespect to them. Maybe it’s okay for you due to your upbringing at home. “Charity begins at home”, this is not the first time you’re using vulgar words against respected Nigerians, may be just because your parents have privilege to hold important positions in country,” Abdurrahman Habibu also wrote.

It was  reported that ASUU strike entered 196 days today, with the union extending the strike after its NEC meeting.