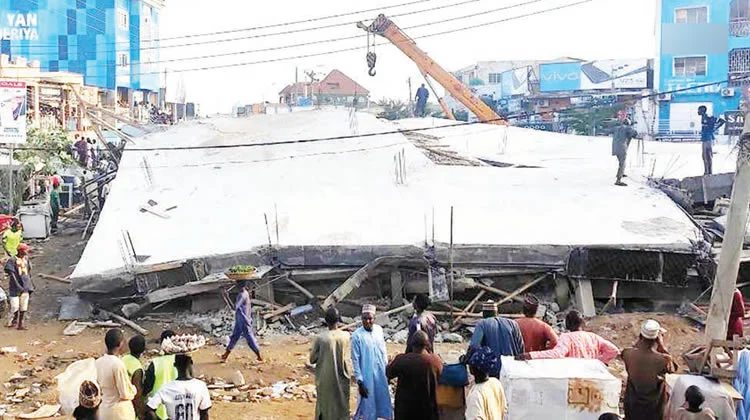 No fewer than seven persons have so far been rescued from the thrée-storey building that collapsed at GSM Market Beirut road in Kano Metropolis, Kano State

The Public Relations Officer of the Kano State Fire Service, Saminu Abdullahi, confirmed the figure to The PUNCH as the rescue operation continued.

Abdullahi, who is part of the rescue team, explained that all the seven victims of the building collapse had been taken to the hospital for medical attention.

“All the seven persons that have so far been rescued are currently receiving medical attention at the hospital,” Abdullahi said.

“All those evacuated from the collapsed building are alive and have been moved to hospital for medical attention.”

He said the rescue operation, which was still ongoing, involved personnel from the Nigeria Security and Civil Defence Corps, the Police, Fire service, National Emergency Management Agency and Red Cross among others.

According to him, an excavator had already been deployed to the scene of the incident to boost the efforts being made to rescue all the trapped victims.

The incident was said to have occurred around 3:30 pm when the building caved in on traders, food vendors and other people operating business at the market.