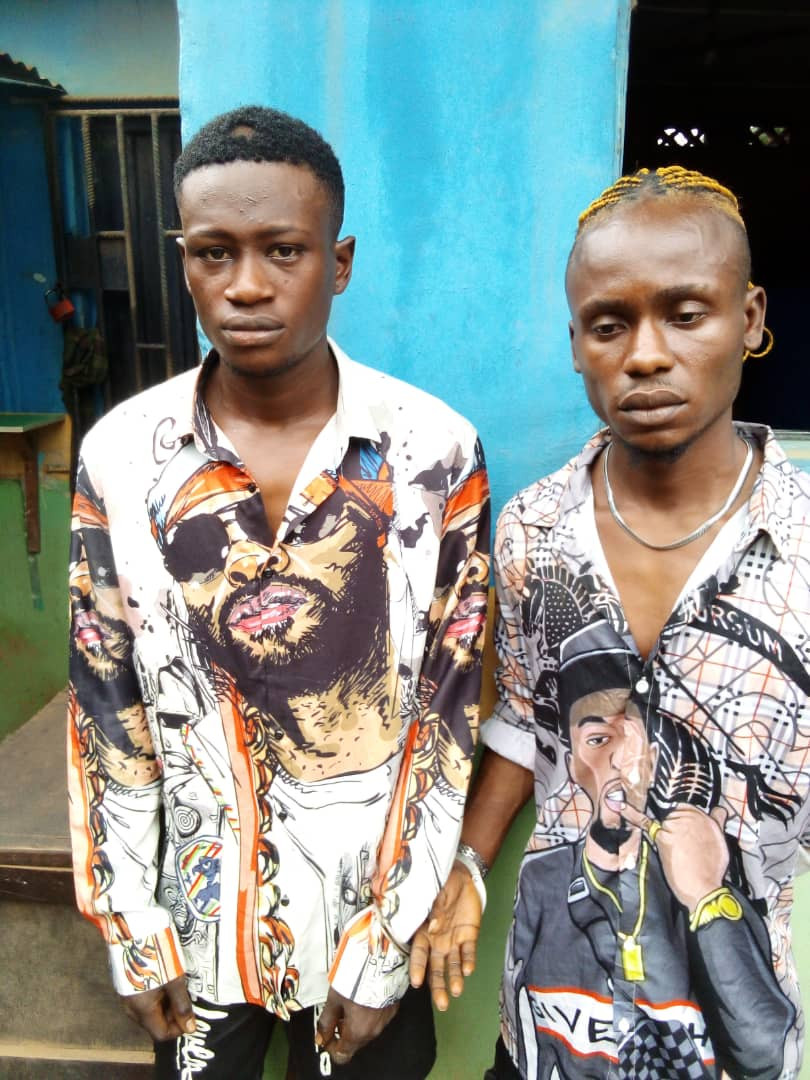 Spokesperson of the state police command, states that the suspects were arrested following a complaint lodged at Ogijo divisional headquarters by the victim.

They were arrested by men of the Ogun state Police command, on Tuesday, August 30.

A statement released by SP Abimbola Oyeyemi, spokesperson of the state police command, states that the suspects were arrested following a complaint lodged at Ogijo divisional headquarters by the victim, that she boarded a commercial motorcycle at about 8 am on the said date, from MRI company area to Ogijo bus stop.

”She complained further that they forcefully took her to a room in one house in the area, where two other men were waiting for them. On getting there, the two men they met in the room and the accompanied male passenger took turns to have $ex with her forcefully.

Upon the report, the DPO Ogijo division, CSP Onatufe Umoh, detailed his detectives to the scene where two amongst the suspects were apprehended while their other accomplices escaped.

The two arrested suspects have confessed to the commission of the crime.” the statement read

Oyeyemi added that the state Commissioner of Police, CP Lanre Bankole, has ordered the transfer of the suspects to the State Criminal Investigation Departments for further investigation and diligent prosecution. He said the Commissioner also directed that the escaped members of the gang must be hunted for and brought to book.