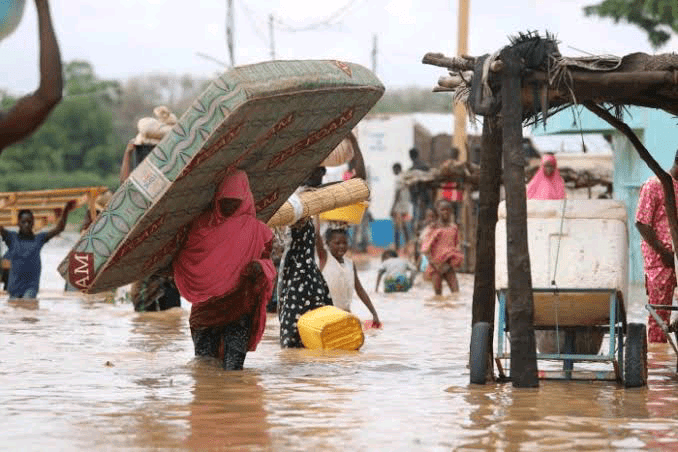 Jigawa State Government has appealed to the Federal Government, donor agencies and individuals to come to the aid of the flood victims.

He said the flooding occurred as a result of three days of persistent downpour, which resulted in the submerging of many villages across all the twenty-seven local governments of the State.

He explained that the State Government had presently established thirteen internally displaced persons’ camps for the displaced victims.

“So presently, we have thirteen IDP camps in different local governments and we are responsible for their feeding, education, health, and all other necessary needs.

“And we will not return them to their villages until the water subsides. We will assist them with building materials to construct their houses and food to start with.

“In the Warwade IDP camp alone, we have about three thousand persons and we are still evacuating the victims from their villages into the other camps.

“Many people died, many were injured, thousands of houses collapsed, roads were cut-off and farmlands were washed away.

“We are still accessing the damages caused by the flood all over the State to ascertain the number of the victims and damages,” he said.

He appealed to the Federal Government, organizations, individuals, and donor agencies to come to the aid of the affected victims.

“We have to seek assistance from organizations, donor agencies, individuals, NEMA, refugees commission, presidential committee on flood, to as a matter of urgency, assist the victims as the situation is beyond our control”, he said.