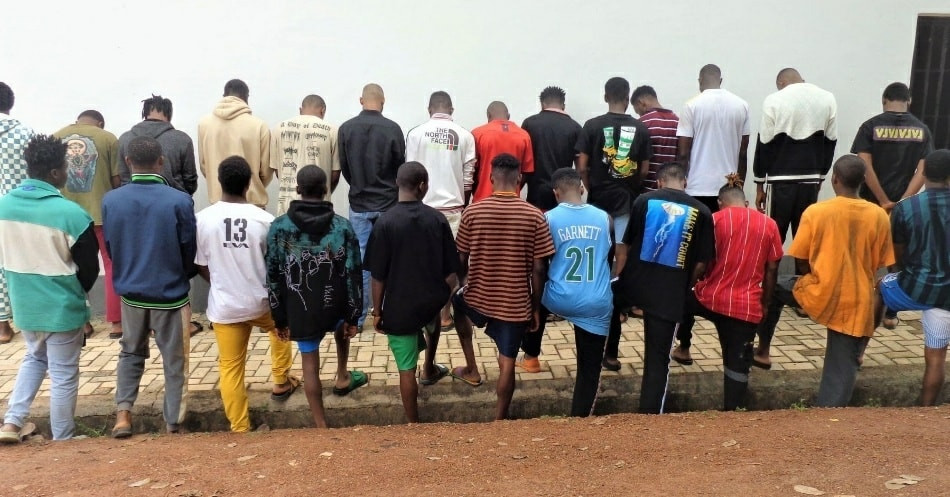 Operatives of the Enugu Zonal Command of the EFCC have arrested forty-one (41) suspected internet fraudsters in Awka, Anambra State.

They were arrested on Wednesday, August 31, 2022, following actionable intelligence on their alleged involvement in cyber crimes and other related activities.

The commission added that items recovered from them are several mobiles phones, laptops, one Lexus RX350 Sports Utility Vehicle, one Lexus ES350 car, another unregistered Lexus ES350 car and one Toyota Camry car.