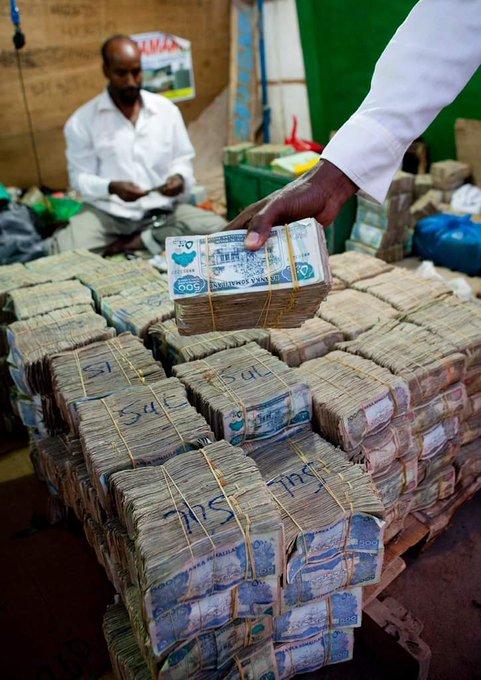 Nigerians have started reacting to a viral picture of the exchange rate market in Hargeisa, Somaliland

A Nigerian confirmed that she had seen a documentary that in the market, the bureau de change can cover it, go to Mosque while a customer will wait for him to return .

Pictures of an exchange market rate market in Hargeisa, Somalia, have generated reactions from Nigeria.

The pictures show the marketer, popularly called Bureau de change in Nigeria, parking huge cash in wheelbarrows while waiting for customers who will patronise them.

The pictures are shared by an online media named African Fact Zone, tagged with “Hargeisa Foreign Exchange Market in Somaliland.”

The pictures reflect the state of the country’s economy as well as security.

While reacting to the pictures, a Nigerian named Doctor Penking said, “Nigeria will soon get here if we don’t vote right in 2022.”

However, another netizen from Somalia, identified as Muhammed Ahmed, said the market is not a reflection of a bad economy or inflation but a result of peace that exists in the country.

“Yeah, I watched a documentary, that someone can leave his/her cash covered, go and pray and then come back and no one will touche it. I also watched that, pple who want to exchange cash, will hv to wait for the person to return from prayer then transactions can be carried out.”