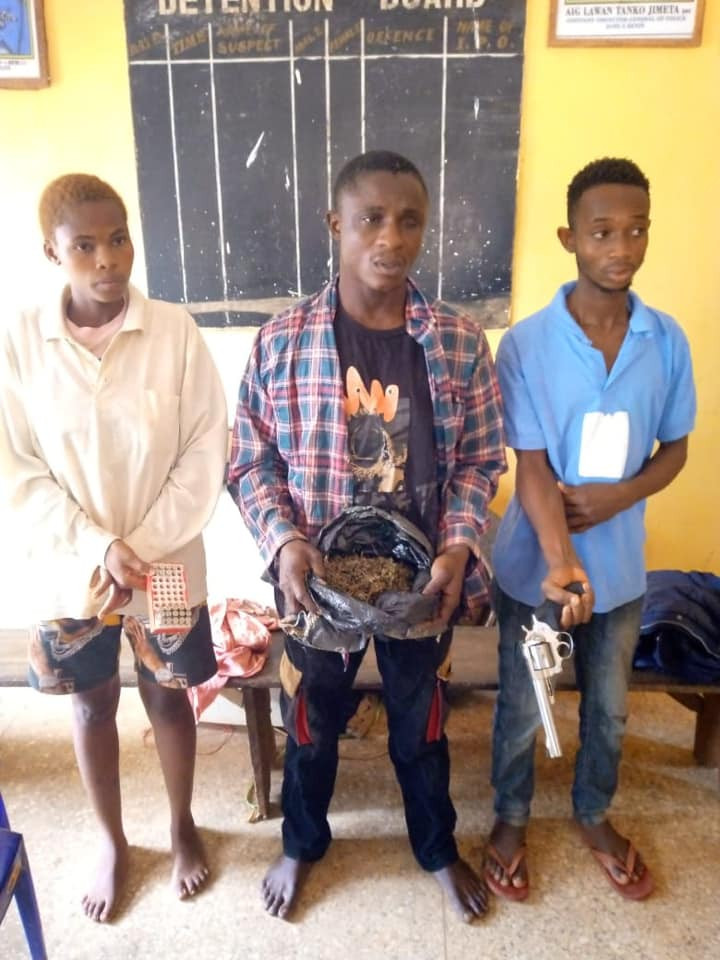 Operatives of the Delta State Police Command have arrested three suspected armed robbers and recovered one English pistol from their possession.

Spokesperson of the command, DSP Bright Edafe, who disclosed this in a statement on Thursday, September 1, said the suspects including a female, Esther Nwoko, snatched a motorcycle from a victim at gunpoint in Issele-Uku.

“On the 25/8/2022 at about 0800hrs, a case of suspected stolen unregistered motorcycle was reported by an indigene of Onicha-Uku at Isseluku-Uku Police Station. On the strength of the complaint, the DPO Issele-Uku detailed detectives to investigate. An intelligence led investigation culminated to the arrest of the prime suspect, Iyegbunuwe Oluchukwu ‘m’ of Issele-Uku,” the statement read.

“The suspect led the detectives to their hideout at Onicha-Ugbo in Aniocha North LGA, where two other suspects, one Okwudili Ozah ‘m’ and Esther Nwoko ‘f’, were arrested and One (1) English revolver pistol, fifteen (15) rounds of live ammunition, and six (6) expended ammunition were recovered

“Suspects allegedly stole the motorcycle at gun point and it’s suspected to be in the possession of one of their accomplice Chidinma Nwoko ‘m’, the husband to Esther Nwoko. Effort is on to arrest the other members of the gang.”